Sherry and Vermouth and Bitters Oh My!

My only experience with Sherry has been through cooking. That being said, when the Adonis Cocktail called for Dry Sherry I had no idea where to start.

Our first liquor stop didn’t carry any Sherry and having cooked with it before I figured Albertsons might have what I needed. Sure enough they offered several options from a Bristol cream to a very dry. Having read the recipe briefly the night prior I asked Ryan to look up reviews on the various options before we settled on a cream version. I hadn’t realized at the time that “dry” proceeded Sherry in the recipe.

Like Vermouth, I quickly learned there is a distinct difference between the cream (or sweet) and dry Sherry’s. I realized my mistake while trying my hand at the Adonis Cocktail recipe as it also called for Italian (sweet) Vermouth. Still I gave it ago and decided to get the dry Sherry the following day.

The resulting drink was not too sweet but did have a syrupy quality about it. I also neglected to realize that the dash I’d giving the mix was much less than the 1/4 tsp I should have added 🙁

Yesterday we stopped by the store to grab different bottle of Sherry, settling on Sheffield’s very dry based on the online reviews.

By itself, I preferred the taste of the creamed Sherry over the dry. However, when mixed with the Italian Vermouth and bitters, the dry won. 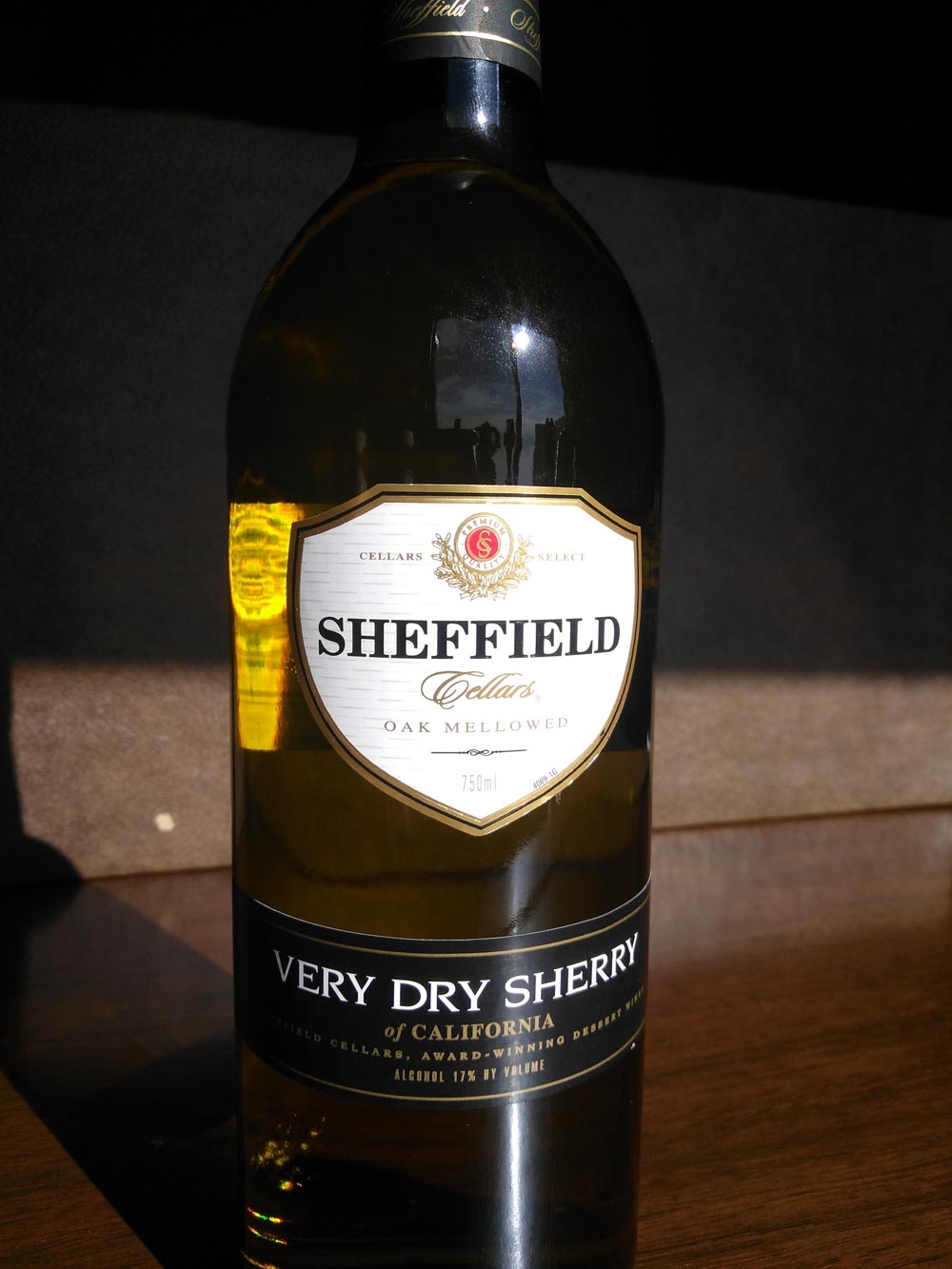 When served cold the Adonis Cocktail was quite nice but as it warmed the strong flavor profile of Artemisia absinthium (aka Wormwood) from the Italian Vermouth was quite strong and a bit less pleasant.

Next in line was the Affinity Cocktail. Since these are only 2 ounce recipes it is easy to try out a couple a night without totally killing our liver 🙂

Following in the footsteps of the Adonis and it’s predecessor the Addington Highball, the Affinity Cocktail calls for both French and Italian Vermouth. This tiny aperitif also incorporates a new liquor to the mix in it’s addition of one of my personal favorites, Scotch Whiskey.

A pretty straight forward recipe, the Affinity is equal parts Scotch, Italian and French Vermouth’s plus 2 dashes (1/2 teaspoon) of Bitters.  While some recipes have been specific to use orange bitters, the Affinity recipe in the 35′ addition doesn’t specify so we went with Angostura. The newer version of Mr. Boston calls for 3 dashes of orange bitters so I think we made a good call.

Unlike many of the Absinthe recipes from the 1935 edition, both the Adonis and Affinity Cocktails can also be found in the 63rd edition as well.

Being St. Patrick’s Day weekend and having a large Ginger Beer Kit order to put together, I may not be able share my next cocktail experience until Tuesday next week. If I don’t talk to you sooner have a safe and fun Irish filled weekend!