Past the Beverly Hills Country Club, among the wonderfully fragrant eucalyptus trees along Hollywood’s famous Sunset Blvd lies the location that brought to life the Moscow Mule cocktail.

Today this Art Deco era building is now a Jaguar dealership. An aged brass sign fixed to the north side of the façade is the only indication that this was once a popular spot boasting some of tinseltown’s biggest stars as fans.

In 1987 after over 50 years of business Cock’n Bull closed its doors. Described as a “mock” British tavern, the bar is said to have been a go-to location for a wide range of talent including Richard Burton and Rod Stewart.

However, what makes the Cock’n Bull unique isn’t the famous patrons it once served but the drink that was brought to life there. By now you have probably heard of and enjoyed a Moscow Mule. Since it’s invention in 1941 the cocktail has been in and out of the drinking scene.

There are several versions of the Moscow Mules humble beginnings floating around. By far the following account seems to be the most popular despite the head bartender’s claim that he was responsible for the cocktail.

The story goes… around 1941 Cock’n Bull’s owner, Jack Morgan, was having trouble selling his homemade ginger beer. A patron/friend came in one day and the two started chatting about business.

The patron, John G. Martin, had purchased the rights to Smirnoff Vodka in the late 1930’s but it wasn’t a popular drink in the United States and it wasn’t selling. In fact, rumor has it at the time Vodka was so unpopular with American drinker’s that it was mocked as being the Russian word for horrible, which is saying something!

Despite the troubles each business owner faced, the pair decided to turn lemons (i.e. fermented potatoes and ginger) into lemonade and combined their two beverages into one. The Moscow Mule was officially born.

Around the same time a woman named Sophie Berezinski, a Russian immigrant, found her way into the Cock’n Bull trying to unload copper mugs she’d brought to America from her father’s factory. She met up with the Vodka and ginger beer salesmen and they made the mug a part of the drink.

To further solidify the mystique of the Moscow Mule, Mr. Martin traveled the country snapping pictures of local bartenders posing with his Vodka and a copper mug. He would give a copy of the photo to the bartender and use the other as proof of the popularity of his products when pitching a different bar.

However the drink came to be, by 1942 the Moscow Mule had become very popular in Los Angeles according to an Insider Hollywood article written that year. The cocktail launched Smirnoff in the US becoming the Vodka of choice for making a proper Moscow Mule.

Over the last 75 years’ popularity of the Moscow Mule has peaked, plummeted and peaked once again. This iconic cocktail has inspired songs, a dance and numerous variations of other Mule cocktails. There is even a story that during WWII New York bartenders tried banning the cocktail because of its connection with Russia. 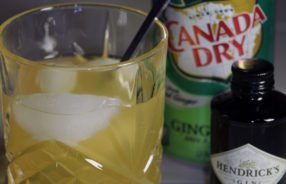 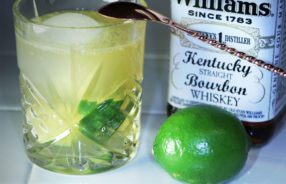 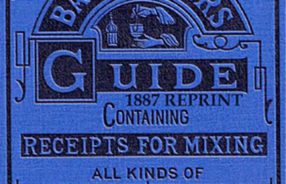