It may sound funny to some mixologists out there but I only recently discovered Orgeat syrup. Sure I’ve had a Mai Tai in my day but not being a huge Rum fan, I’d never made one at home. It wasn’t until we started our ginger beer campaign on Kickstarter and began experimenting with various cocktail ideas that Orgeat syrup turned up on our radar.

So what the heck is it?

A french word pronounced \ˈȯr-ˌzhä(t)\, Orgeat is derived from the Latin word hordeaceus “made with barley.” Barley is called orge in French. This seems peculiar because barley does not appear to be a key ingredient of Orgeat. The syrup is traditionally made up of a blend of almonds, sugar and either rose or orange flower water. Go figure.

Ryan and I wanted to create a mule cocktail based on the Mai Tai. Naturally, we needed to source a bottle of Orgeat which called for a trip to our favorite pass time the liquor store!

Despite the Mai Tai being a classic cocktail, there were not a lot of options for the syrup at our local Total Wine & More.

Of course Trader Vic’s had a branded Orgeat, and while I thought about going with the Mai Tai originator – their syrup had way too many unnatural ingredients for my liking.

After reading each bottle (I think there were 3) we decided to try Small Hand Foods brand Orgeat.  The ingredients are all natural and include: water, organic cane sugar, almonds, organic lemon juice, brandy, orange blossom water and apricot kernels. We were excited to see what the syrup tasted like.

The instructions say to shake well before use but we must have originally missed that step. I recall the first taste being rather lack luster. However, when I started writing this post and reached for the bottle that has been chilling in the refrigerator door, I was impressed with how delicious it is.

In order to add the Mai Tai recipe to Alcohol Infusions we had to mix one up for photos. I know, it’s a hard job but someone has to do it 🙂 Being heavy on the Rum, I wasn’t surprised that the Mai Tai we mix up wasn’t my favorite. I was surprised however that as I write this, I’m enjoying sipping on the Orgeat syrup more than the cocktail itself.

Don’t get me wrong, Orgeat syrup is sweet, very sweet. But there is something addicting about it.

If I had to describe it I’d say it would be like drinking almond extract mixed up with sweet coconut milk and essence of orange oil. When I say that it kind of sounds like a cavity waiting to happen but it really is pretty tasty stuff!

In the spirit of DIY, we might have to give this Orgeat recipe a try and see how it stacks up to the store bought brand. Stay tuned for a follow up to hear how that experiment turns out.

If you’re more of a Rum fan than I am, be sure to check out the Mai Tai recipe for yourself, Ryan is really enjoying it. 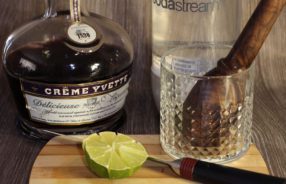 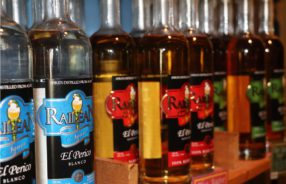 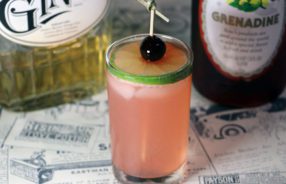