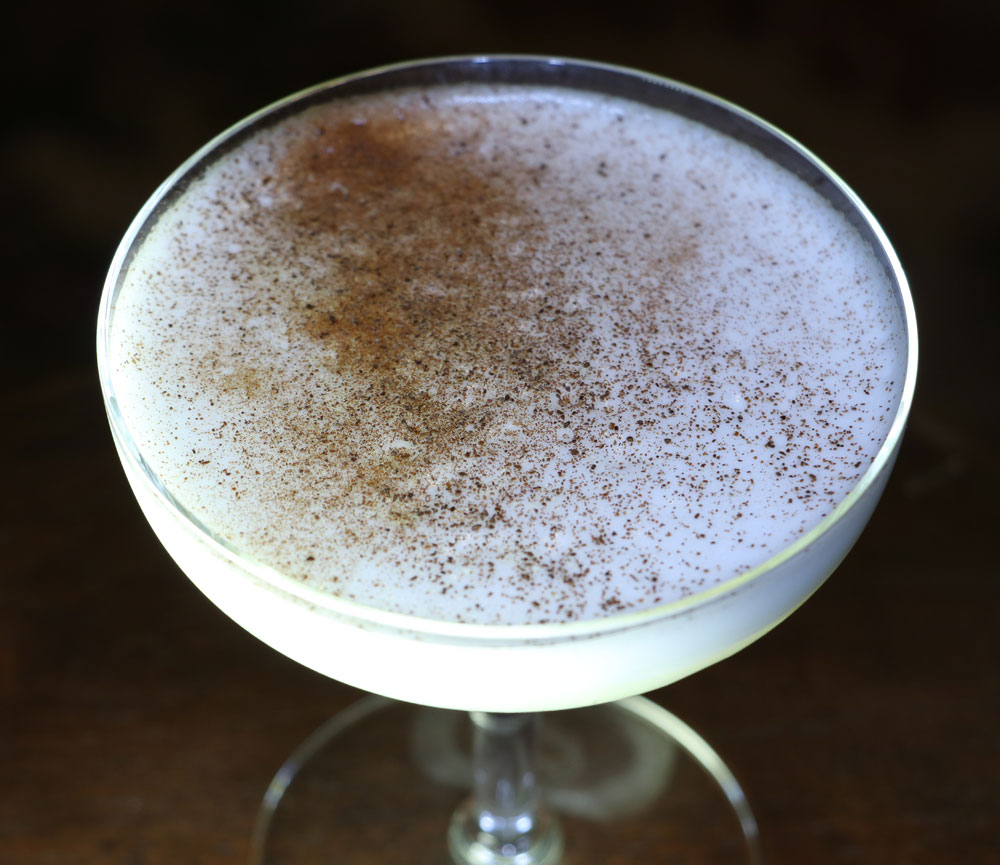 I had no idea there were so many articles proclaiming the health benefits of drinking until I started researching today’s Mr. Boston’s recipe. Articles abound listing which alcohol will help increase your libido, which can help your heart, even one that claims Brandy can treat certain types of cancer.

Old wives tales? Maybe, but I suppose alcohol was originally used for medicinal purposes long before we all started mixing it for daily consumption.

The Booster Cocktail turns up in Harry Craddock’s Savoy book five years before it was published in Mr. Boston’s first edition. The recipes are identical except for the Brandy flavor but that isn’t a surprise anymore.

Of course Leo Cotton published the recipe noting Apricot Brandy. Man that stuff either sold well back in 1935 or not well enough. Our 750 ML bottle is nearly dead and there are over 100 pages of recipes still to get through. It’s a good thing Ryan and I have become quite fond of the stuff, it’s about time to grab another $33 bottle!

Craddock’s version notes the use of 1 glass of brandy. The recipe goes on to describe said glass as medium in size… Why thank you for being so detailed Harry! SMH

On the flip side, Mr. Boston’s Booster cocktail is actually specific this time! The recipe calls for 1 Jigger of Apricot Brandy, 4 dashes of Curacao and the white of one egg. Can’t get any more clear than that. Well done Mr. Cotton!

Now when I think “booster” several things come to mind.

She’s may have had a few too many boosters!

Maybe the drink was designed to lift your spirits after a hard day. Could it be the infamous hair of the dog after a long night of partying? Perhaps the term booster was used in the medical sense… boosting your immune system?

The later conjures up vitamins and I suppose those in the health industry tout the benefits of egg whites with frequency.

I think this drink name will have to be left to personal interpretation. Neither Harry or Leo gave any clues as to where or how the name came to be.

Despite being a tiny amount of liquor, Mr. Boston’s says that the drink should be shaken over cracked ice and strained into a 4 ounce cocktail glass followed by a grating of nutmeg on top. It’s a good thing Ryan has mastered the egg foam trick or else our cocktail would look pretty silly in such a big glass.

As one would expect, Mr. Boston’s Booster Cocktail is fruity and as I figured, the egg white greedily sucked up a lot of the sweetness. I didn’t taste the orange curacao at all. The nutmeg adds a nice essence as you take a sip of the drink but beyond that, the Booster is rather boring.

I like the Apricot Brandy note but would imagine this drink would be even more of a bore using the plain Brandy instructed in Harry Craddock’s recipe.

In short, I don’t think that I’d turn to the Booster Cocktail if I was looking to turn my frown upside down. It might be a gentle way to recover from a hangover but makes more sense as medicine. This drink isn’t my idea of enjoyable and I since haven’t found a medication that I look forward to taking, my bet is that the Booster was intended to heal.

I’d put the Booster in the same category as the Babbie’s Special, not really special at all.