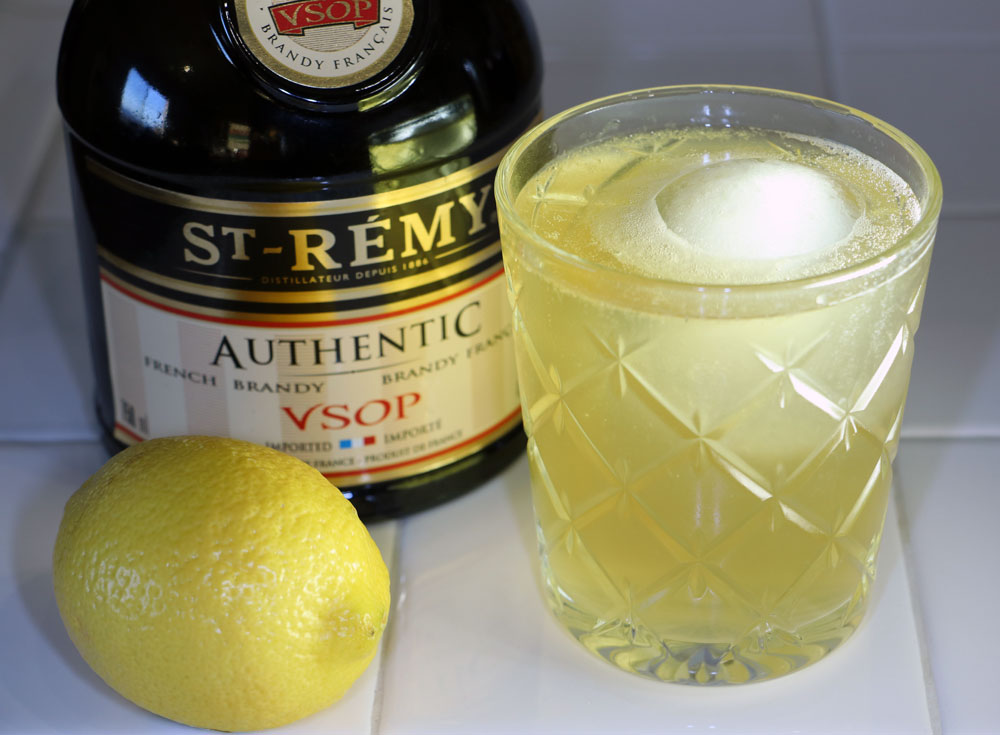 Sixteen years ago today Ryan and I tied the knot. To celebrate we stopped by a 90’s themed party at Artifice Urban Lounge last night.

Though we were married in 2001, Ryan and I started dating my last year of high school in 1997. That means we’ve been together now long than we’ve been apart! Time flies when your having fun 🙂 With such a milestone, a tribute to our teens seemed appropriate.

Honestly, we were good kids. I don’t really remember getting drunk until turning the magic 21. But Artifice was flown’ throw-back booze including Zima and Fuzzy Navel wine coolers so we had to down a couple.

Oh my, Zima is really not very good! Ryan enjoyed it well enough but for me, the citric acid fizz is just too gross to down more than a small sip.

The headache we both had this morning reminds me how far we’ve come in our drinking days. I’m so glad Mr. Boston’s doesn’t have Zima as a listed ingredient!

As I opened the 1935 cocktail book this morning, I realized I’m starting to anxiously await a world without Brandy. I enjoy it, but it’s starting to grow old. I’m also not loving the idea of another super tart drink after last nights festivities.

The ‘Fizz’ style cocktails haven’t really been my favorite recipes in Mr. Boston’s. Too bad there are so many of them 🙁

Seems I would not have fit in during the early 1900’s. It is said that this particular cocktail (made with Gin) was so popular, bartenders would work in teams and tag each other out between shaking duty. At one point the Fizz was reportedly known as the hometown special in New Orleans.

Knowing that the Brandy Fizz published by Leo Cotton would likely be too sour, I decided to try out Jerry Thomas’ rendition from the 1800’s.

Rather than the juice of half a lemon, Jerry on requires 3 dashes (roughly 3/8 of a teaspoon).

It appears the sugar to lemon juice ratio is equal in both recipes. While Jerry has a lower quantity of lemon juice, his drink also downplays the powdered sugar. The older recipe vaguely calls for 1 wine-glass of brandy while Mr. Boston’s is a standard jigger. Since I still don’t know what ‘1 wine-glass’ is in ounces, I decided to go with the jigger measurement.

“Fill up the glass with Apollinaris or Seltzer water”

What the heck is Apollinaris?

Saint Apollinaris seems to be asking the same question in this beautiful tiled mosaic located at a Basilica of Sant’ Apollinare near Ravenna, Italy.

After a quick search I learned that Apollinaris is the German equivalent to Evian. While both are mineral waters, the Apollinaris claims to have natural carbonation.

Trademarked “The Queen of Table Waters,” Apollinaris was discovered by accident running through a stream in German vineyard way back in 1852. Given the location of its origination, the mineral water was named after the patron saint of wine, St. Apollinaris of Ravenna.

In 2006 Coca-Cola acquired the brand from Cadbury-Schweppes but to the best of my knowledge, it doesn’t appear to be available here in the U.S. If you really wanted to give it a try, you can grab a liter on Amazon for the awesome price of $30.92… what a deal! I think it’s safe to say, I won’t likely be adding a $30 bottle of water to my shopping list anytime soon.

By the time I got around to mixing up the cocktail I was completely wiped out from cleaning the house. Not being inspired by the recipe didn’t really do much to help move me from the couch. Unfortunately Ryan was at work upgrading our dishwasher for the holiday rush so I had to complete the task alone.

Thankfully this isn’t a hard cocktail to mix up. I think juicing the lemon was the extent of difficulty, which should say something.

I dragged my heels a bit on this one but it actually turned out to be pretty good after-all.

Cutting the lemon juice back helped bring the Brandy forward and the teaspoon of powered sugar added a little touch of sweetness without overdoing it. I must say, of the fizzes I’ve tried, this one is a cocktail I can see myself enjoying again. Goes to show you never know until you try 😉