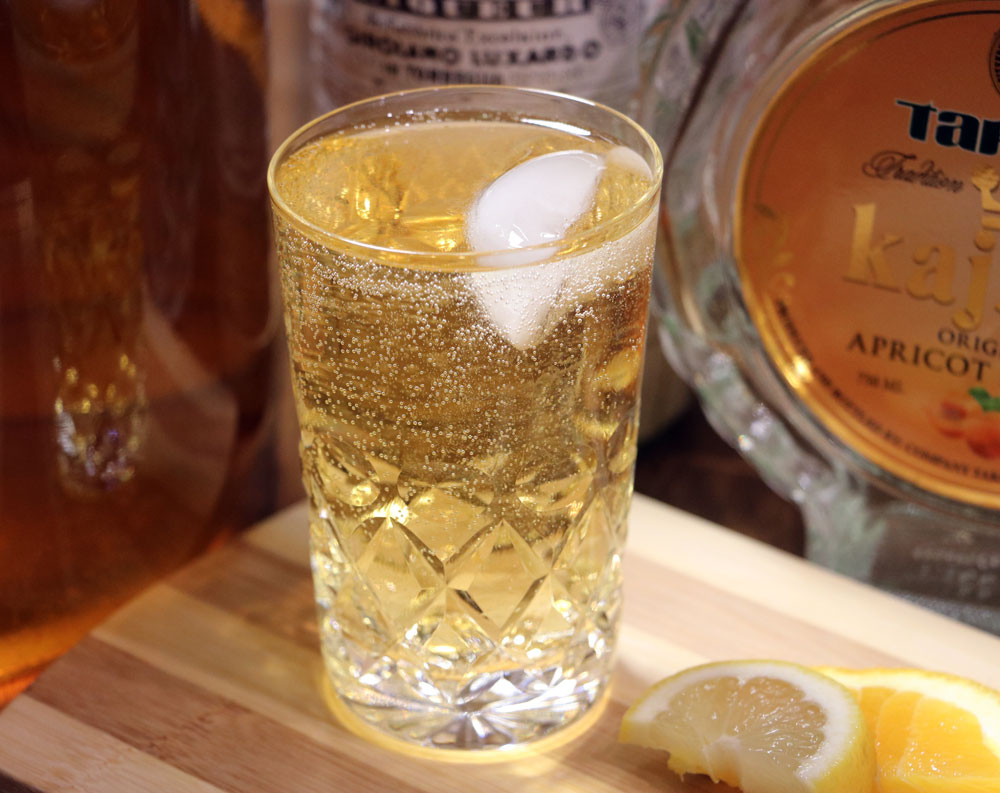 It appears that the Cider Cocktail received an overhaul during Prohibition.

Once a simple recipe of sugar, bitters, lemon peel and Apple Cider; it appears that Harry MacElhone “spiced” things up around 1923. Leo Cotton continues in this vain with his Cider Cocktail No.1 recipe from 1935.

I’ve heard rumors that apple Cider served as a substitute for poor water conditions in the early days of America. Seems even children would start the day with a cup of alcoholic apple juice. Cider seems to have lost favor during / after the Volestead Act. I don’t recall the rebirth entering the marketplace until 10 or 15 years ago. These days it seems Cider is becoming a popular alternative to beer.

Back in Portland, Oregon around 2014; Ryan decided he wanted to try his hand at home-brewing some hard apple cider from the local Fall harvest. At first I was concerned about his newest experiment because year’s earlier his maiden apple Cider attempt did not turn out so well.

It wasn’t so much that the Cider was bad but that we tried to add mulling spices to it. The fermentation and over spiced brew was pretty awful. We tried to “fix” it but after several months of taking up space, the 5 gallons was finally tossed.

That first round was nearly fifteen years ago. I had forgotten why it was so terrible until Ryan reminded me 🙂 At least one of us isn’t becoming senile.

Thankfully, Ryan’s second attempt was much better. So much better in fact that we downed the first 5 gallons in a week. Given it was still apple season, he made us another 5 gallons but we decided to slow our roll on the second pony-keg (Ryan’s apple cider was delicious and face numbingly strong!).

When we moved to Las Vegas, the key still had some spirits in it but both of us figured it had gone. Surprisingly it hadn’t and we transferred the last gallon into a glass jar where it has been chilling for the last three years. Tonight, we gave it another go.

To our amazement, the liquid appears to have continued to ferment. I don’t think either of us expected to see bubbles when we uncapped the jug. To taste you can tell that the sugars are pretty much all eaten up by the yeast. The once sweet fruit cider is on the dry side these days.

I had hoped to test the ABV on this aged brew but alas, we couldn’t located our Proof and Tralles Hydrometer so that will have to wait for tomorrow’s Cider Cup No.2 recipe.

The 1935 Cider Cup is made to serve four people and requires 32 ounces of Cider alone. I decided we’d shrink things up by a factor of 8 for tonight’s experiment. After some math the final Cider Cup No.1 recipe from Mr. Boston’s looked like this:

The last ingredient was a guess as I’m not sure what a “split” of water is supposed to amount to. The closest I found to an actual measurement was 25 ounces. I used that as a base.

No mention was given of the proper glass ware to serve our Cider Cup in, wanting to highlight our new Delmonico glasses, I decided to give that a try. Clearly my math brain was no longer activated as the aforementioned cocktail overflowed the tiny 5 ounce glass before all the water was mixed in.

We filled it to an attractive level for the photo and remixed and split the final drink.

Neither of us are particularly in love with the Cider Cup. It is nice, and would be refreshing on a hot day but as a cocktail, it is a bit on the boring side. I suppose that could be why Harry Craddock omitted this series from his 1930 Savoy Book?

Anyway, I don’t hate the drink that sits beside me as I wrap up tonight’s post but I don’t think I’d make it again. We’ll see how tomorrows Cider sequel stacks up. Until then, sweet dreams!