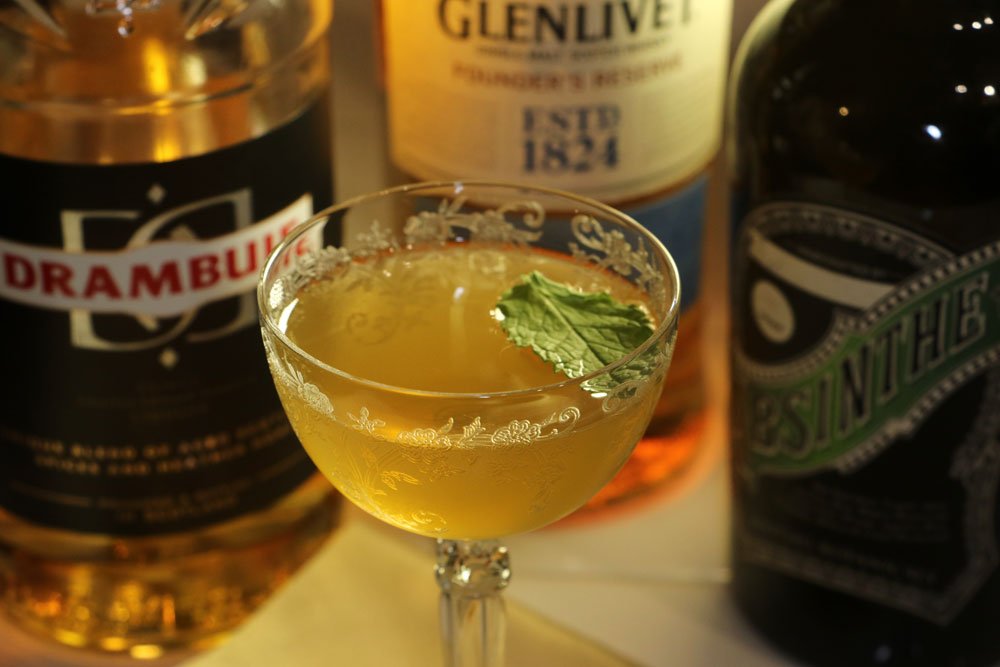 Today’s Mr. Boston’s cocktail recipe hearkens back to another bloody period in human history fought on the shores of Scotland in 1745.

Seeking to regain the throne of England for his family, Bonnie Prince Charlie (Charles Edward Stuart) helped to form the Jacobite uprising, joining Scottish clans and the French together in an effort to fight against British rule. His efforts failed. But, today this “young Pretender” is known for his influence the spirits we still enjoy. And according the Harry Craddock’s 1930 Savoy Cocktail Book, the Charles Cocktail is “the only known authentic Jacobite Cocktail.”

Louis Gabriel Blanchet’s portrait of Prince Charles Edward Stuart from 1739. when he was 19. From The Royal Collection found at: https://www.bbc.com/news/uk-scotland-40258979

On our first official day at this years Tales of the Cocktail, Ryan and I had the pleasure of meeting up with Vance Henderson. As Drambuie’s brand ambassador, Vance has the toughest job imaginable (wink), he travels around the world spreading love for all things Buie.

We have been big fans of Drambuie for years and have finished several bottles since discovering the Scottish Mule. In all that time, it took a fictional television show, Outlander, to make me realize the historical connection between Bonnie Prince Charlie and one of our favorite Scotch based spirits.

During our visit, Vance reminded us of the historical link between Drambuie and Charles Stuart while also sharing a taste of the magic ingredient that helps make Drambuie so special… Heather Honey. One tiny taste is all it takes to fall deeply in love with this special Scottish honey and I could instantly taste how much this ingredient adds to Drambuie’s complex character.

Part of Vance’s role is introducing a new generation of drinkers to a fresh way of enjoying Drambuie in a cocktail. Despite becoming a rather popular mixer during Prohibition, seems Drambuie was pigeon holed into the Rusty Nail Cocktail and never really found its way into other cocktails recipes. Oddly enough, we began our Drambuie drinking at a young age because we enjoyed the sweetness straight up. It was only recently that I’d even heard of the Rusty Nail.

Now, the Charles Cocktail published by Harry Craddock in 1930 and again by Leo Cotton in 1935 does not have a lick of Whisky in it. I find that missing ingredient strange for a Jacobite Cocktail. Mr. Cotton’s version switched things up from the original publication by calling for 1/2 Old Mr. Boston’s Apricot Nectar. Other than that, the recipes are identical.

With that may I present, the Bonnie Prince Charlie Cocktail:

Shake over ice for 15 – 20 seconds, strain into a 3 ounce stemmed cocktail glass and garnish with fresh mint.