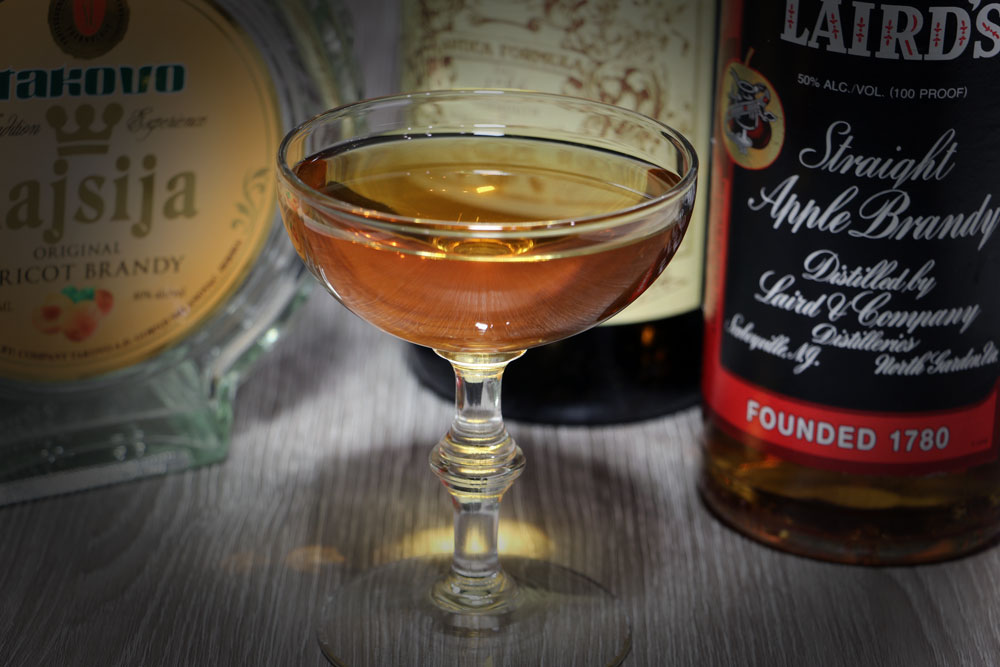 Just as the Bourbon Rickey experiment happened on National Whiskey Day, tonight’s Mr. Boston’s cocktail recipe, the Corpse Reviver, is aptly timed. With Halloween just around the corner, I was excited to see this creepy drink appear on the menu.

The Corpse Reviver appears to have made its comeback a few years ago. However, after closer inspection, today’s Corpse Reviver cocktail of choice is actually the second of two recipes published by Harry Craddock in 1930.

Just as I was about to give Mr. Craddock the credit for discovering the Corpse Reviver, it appears that a recipe by the name was actually printed much earlier by E. Ricket and C. Thomas in 1871. It is said, that this was a drink to help revive the spirits of tired / hungover patrons though after reading the recipe, I’m skeptical  that this cocktail would cure the later.

Death, more importantly, live burial; was apparently a big deal around the time of these Corpse Revival Cocktails. Seems, it was tricky to tell when someone was really dead. Many patents like this one, were filed for inventions to prevent live burials. I had no idea!

The elder recipe is so different for the newer versions, I decided we should give all three a go in the name of science! The only question was… in which order should we conduct our sampling?

For his part, Harry Craddock offered two suggestions below each of his Corpse Reviver offerings. Beneth number 1 reads:

To be taken before 11 A.M. or whenever steam or energy are needed.

Four of these taken in swift succession will unrevive the corpse again.

Following this logic, it was decided to keep these cocktails in numerical order.

Our 1871 trial is a blend of Brandy Maraschino Liqueur and Bitters. It clearly inspired the Corpse Reviver Number 1 and the recipe which was published by Leo Cotton in Mr. Boston’s maiden publication. Still, they are different enough to call them separate drinks.

So it began with the oldest recipe, followed by the Mr. Boston’s concoction and finally Harry Craddock’s Corpse Reviver No.2 – needless to say, our corpse’s were well revived to the point of unrevival by the end of the night.

I feared that the amount of Maraschino would turn us off of this first Corpse Reviver recipe. Surprisingly it didn’t. I actually found this cocktail version to be my favorite of the bunch. Maybe I’m starting to enjoy Maraschino more or our bottle has mellowed. Either way, I liked it.

For our second round, I mixed Mr. Boston’s 1935 recipe for the Corpse Reviver rather than try that which was published in the Savoy book. This recipe consists of:

We both really enjoyed this Corpse Reviver. I think it reminded me the most of Fall. The apple brandy really stood out and the Apricot made the drink fruity. This was a close second for me, Ryan enjoyed our final Corpse Reviver the most.

The last recipe is probably the most known version today. I think the popularity of this particular Corpse Reviver is the use of Absinthe. The name evokes a mysterious, supernatural tone as does Absinthe. The two go nicely together.

Our Corpse Reviver No.2 used:

I liked the Corpse Reviver No.2 however, I thought it was a touch too much citrus for me. I longed for more Absinthe and upped that element by a factor of two. I think it helped.

Ryan really, really liked this one. One sip and he was in heaven. When I listed off the ingredients he exclaimed: “all my favorite things!”

All and all, we enjoyed each of tonight’s cocktails. They were so different from one another, there was something for ghoul to enjoy. Cheers!