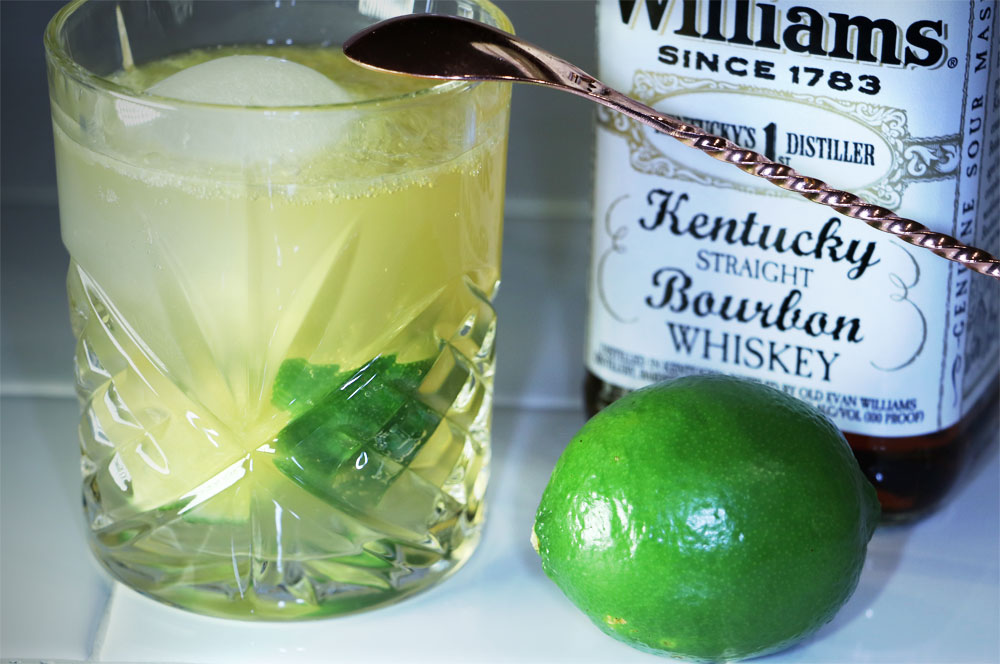 My novice is about to show but we’re all friends right?

Until last night I always assumed that a highball cocktail was in relation to the type of glass it was served in.

Highball glassware is a pretty standard term. I mean, there is a low ball and a highball style of glass that are often described in cocktail recipes. I hadn’t even considered that they held a meaning beyond that.

Mr. Boston’s next two recipes are both titled Highball. Naturally, there is only so much I could talk about when discussing a drink that consists of a single spirit filled with sparkling soda water. I thought I’d be at a loss for words. Until I happened upon an article by Bloomberg discussing the Highball Cocktail that opened my eyes to a whole new take on this seemingly simple drink.

The Japanese started learning about Whisky production from the Scottish at the turn of the 20th century. Over the years, they have honed those skills and branched in the process developed a love for Highball Cocktails. By all accounts the first known Highball recipe was a traditional Scotch and Soda. True to most cocktail legend, no one really knows who created the drink, where or when but they seem to agree on the ingredients.

From there, the drink morphed into a wide variety of spirit / soda combinations including but not limited to the Gin and Tonic, Whiskey and Coke, and the Cuba Libre. Apparently the key to a Highball Cocktail is the use of one liquor mixed with a larger proportion of a non-alcoholic mixer i.e. soda, water or juice. Learned something new 🙂

Ryan and I tried the first recipe, the Bourbon Highball way back during our Applejack extravaganza in April. We aren’t big soda pop drinkers and didn’t want the can of Ginger Ale to go to waste. As a result, we mixed up the Applejack Cocktail, the Bitters Highball and Whiskey Highball from the same 12 ounce can of Canada Dry.

Of the three Highball recipes we enjoyed that night, I believe the Applejack version won the race. Evan Williams Bourbon worked well with the Ginger Ale but as lovers of Whiskey, we didn’t like watering Bourbon down. We both prefer our barrel-aged spirits neat or mixed into an Old Fashioned Cocktail.

The Rickey Cocktail is purported to have been discovered by and named after Colonel Joe Rickey around 1883. The Colonel, known as a “gentleman gambler,” started each morning with a dose of Bourbon, lump of ice and sparkling water. When a bartender at the Shoomaker’s Bar in Washington, DC added a lime to the mix, the Rickey was born.

Despite Bourbon being the originator of the drink, the Gin Rickey took all the thunder especially after gaining popularity during Prohibition. The second Mr. Boston’s recipe of the night brings the original back into the fold.

I dug around the growing list of antique cocktail book pdf’s and uncovered my first Rickey recipe in George J. Kappeler’s 1906 ‘Modern American Drinks.’ Neither of the books  published before 1900 had anything named Rickey. Without the internet, I suppose a drink founded in 1883 would need time to catch on 🙂

From 1906 on, the Rickey shows up in many spirit combinations. The most interesting version I found was the Bissell Sweeper cocktail recipe on page 68 of Jacques Straubs’ 1914 ‘Drinks.’ Adding ginger ale to a Whiskey Rickey, the Bissell Sweeper is proof that alcohol and advertising has gone hand and hand for ages.

Honestly, Rickey’s have never really been my favorite. I like my cocktails to have some sweetness or texture (preferably both). But, this is a popular drink and I wanted to do the cocktail justice.

I’ve been meaning to pick up a bottled in bond version of Bourbon for some time and figured the Bourbon Rickey was a good excuse. It required a 1 hour round trip commute to the liquor store but after giving the bottle of Evan Williams White Label a try, it was worth it.

You’d think 100 proof Bourbon would be too strong to enjoy. Wild Turkey 101 usually needs some water to tame it down. But for some reason I think that the white label bottled in bond Bourbon is actually smoother than the 86 proof we’ve been enjoying. The new bottle claims a “smoother, more complex flavor,” and I think this is one time the hype matches reality!

Part of what I dislike about the Rickey is the overt tartness. The recipe calls for the juice of 1/2 to 1 whole lime. I decided to get fancy and add 1/2 a lime to our bottle of chilled filtered water before fizzing it up with the Soda Stream. The pressure forces the fruit juice into the water and turns it into an unsweetened Sprite.

I chunked the other half of the lime into quarter sized pieces and muddled them in the bottom of my highball glass. Mr. Boston’s cocktail recipe asks for a drink full of Whiskey for which I added 1 Jigger. After a quick stir, the large sphere ice cube was added. I let it sit and acclimate for about a minute so that it wouldn’t crack when the water went in.

By gosh, I think I like this drink 🙂 The strong proof of the Bourbon outweighs the lime. It has a light sweetness that lingers long after you’ve taken a sip. It’s down right refreshing! I’m starting to see why Joe liked these with his morning paper. Sure it’s booze in the AM but so is a Bloody Mary or Mimosa. Plus, this is a lot less dehydrating than coffee. Now this is a trend I could get behind!