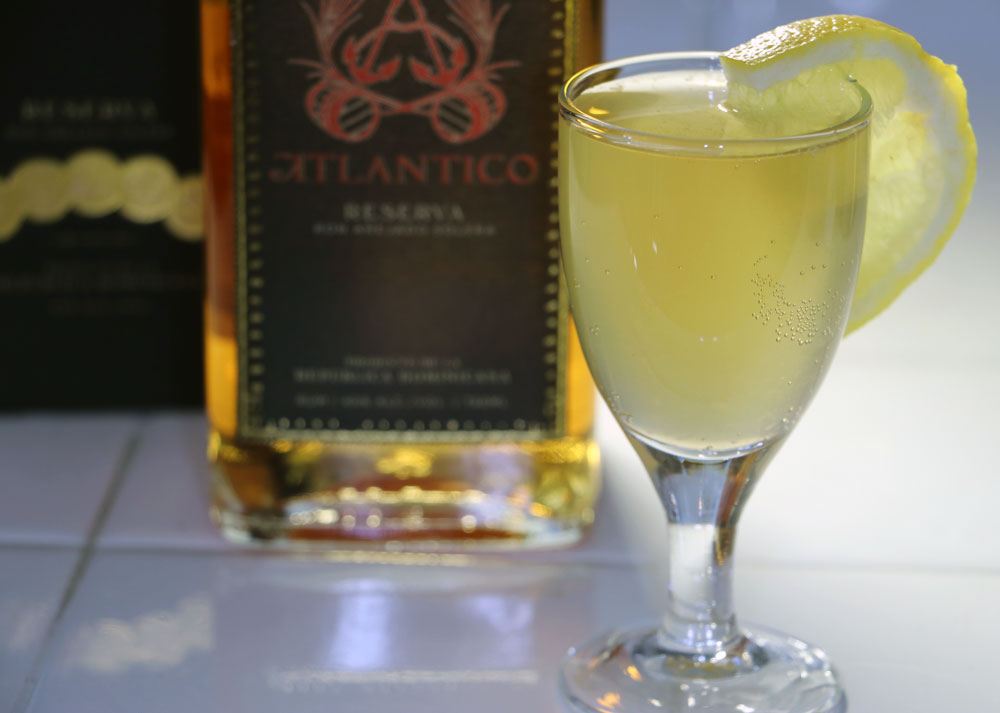 I’m so glad I decided to save the next Mr. Boston’s cocktail for today. After a good nights sleep, I discovered that the Boston Cooler is choked-full of vintage intrigue!

Googling “Boston Cooler”, a sea of articles turn up. The thing is… almost all of them are about a non-alcoholic drink that was all the rave during the 1800’s.

Consisting of ice cream mixed with Vernor’s Ginger Ale, the Boston Cooler that pops up is a far cry from the Rum cocktail recipe Leo Cotton published in 1935.

The Boston Cooler was popularized by Vernors Ginger Ale in the 1920’s. The drink was enjoyed with a wide variety of different Ginger Ale / Ice Cream combinations as far back as the 1880’s. Detroit based Vernors laid claim to the drink and turned it into a Detroit area classic.

My search almost ended where it began until I made my way over to Harry Johnson’s cocktail book from 1888.

Technology comes in so handy sometimes! I was able to search the digital copy of Mr. Johnson’s book for “Boston.” The PDF search feature was particularly useful for looking through Harry’s book because his recipes are not listed alphabetically.  Honestly, I haven’t been able to figure out how recipes are organized in this manual, it’s all over the place.

None the less… Boston turned up one entry. It was a single sentence that read:

“This is an old Boston drink, and has the reputation of being cooling and pleasant.”

The title of said old Boston drink is the Medford Rum Sour. I found the same cocktail in a book published four years earlier than Harry Johnson’s book, “The Modern Bartenders’ Guide,” by O.H. Byron.

I love the look of this cover especially that glass illustration!

Both 19th century cocktail ingredients are identical to the re-named Boston Cooler in Mr. Boston’s except for one small detail… the Rum.

It is told that Medford Rum was famous in it’s day. The Medford, Massachusettes Historical Society has a great write up about the history of the spirit and it’s production by Daniel Lawrence and Sons Distillery. For those other booze history nerds like myself, I posted the link to the article above or by clicking the following photo 🙂

Photo found on the Medford Historical Societies website caption:
Above: Riverside Ave. under construction at River Street showing the Distillery where Medford Rum was made. Looking towards Medford Square.
Lower: Closeup of the Distillery (built in 1797).

Sadly, it appears Medford Rum’s 199 years of production came to a screeching halt shortly before Prohibition.

During the town’s 275th anniversary celebration in 1905, the Medford Rum distillery announced it would be closing. No reason was ever given though some have speculated that the towns towns large Protestant community had something to do with dwindling sales. The religious minded had adopted the temperance views which helped spur the Volstead Act to became law on October 28, 1919.

Medford Rum had been long gone by the time the first edition of Mr. Boston’s was published. There were reports that the distillery planned on reopening in 1933 but nothing happened.

Naturally the name of the Medford Rum Sour needed an update to reflect the times. Since the town where the distillery was located is less than 4 miles from Boston, it makes since that Leo Cotton might feel the Boston Cooler would be an appropriate name. Plus, Harry Johnson did say it had a reputation of being cooling after-all. But given the widespread popularity of the drink intended for all ages, maybe it should have been called something different as not to be confusing. Boston Rum Cooler or Boston Rum Sour?!?

Ryan and I stopped by the house after grabbing a quick lunch to mix this drink up. I didn’t want a repeat of last nights short, sleepy rant again 🙂

I haven’t been loving the Barcardi Rum cocktails we tried so this time I decided to whip out the good stuff. By good stuff I mean the $50 cognac barrel-aged Atlantico Rum we purchased from Total Wine a few months back.

The bottle is No. 35 of 450. We probably should be storing it for collectors, but it tastes so good it had to be enjoyed!

In classic form, I didn’t remember my Mr. Boston’s book was on my desk until getting half way home. Instead of turning around, I decided to make the 1888 recipe published by Harry Johnson.

The measurements are tricky in this 129 year old book. I couldn’t remember what we’d decided a wine glass was and went with 1 ounce of Rum. Since sugar doesn’t dissolve very well in high proof alcohol, I tried in vein to combine the 4 dashes (1/2 teaspoon) of lemon juice and 1-1/4 teaspoons of sugar in a separate glass before adding it to the rum. Silly me should have done this in the shaker and added the Rum to the top rather than try and pour the gritty lemon juice instead of the opposite. It worked, but it was messy, the sugar didn’t come out of the glass without a good scraping.

First things first, I think he meant Syphon Seltzers for which I don’t own. We decided a squirt could be up to an ounce so, an ounce of our homemade Soda Stream sparkling water was added to the glass after chilling the Rum, lemon, sugar combo. I have no idea what dissolved well is supposed to mean. I thought it could be that the fizz was to be flattened but that defeats the purpose. Ryan thought it could be another way of saying that the water should be well gassed (fizzier). We agreed on the later.

For the final drink mystery, the 1888 recipe notes straining into a “sour glass.” Say what?

Search Engine to the rescue!

By some miracle, we had 2 of these tiny stemmed glasses chillin’ with our daily drink ware. I think Ryan brought them back from his stay in Italy. Mystery solved!!!

After transferring the cocktail into the glass, it appears our measurement guesses were on the money, it fit the drink perfectly – SUCCESS!

This was a really good Rum drink. So good, that it changed my mind on the whole, I don’t like Rum thing. The only part that was in need of tweaking for me was the amount of lemon juice. Normally, I steer clear of the tart citrus juice but the Boston Cooler aka Medford Rum Sour, needed a bit more. After squeezing the garnish into the glass, I thought the cocktail was fantastic.

As for cooling, maybe Mr. Boston’s variation was on to something. Instead of straining, the 1935 recipe says to serve the Boston Cooler over cracked ice and fill with carbonated water. I’m not sure I agree with the last part, but more ice would have been refreshing.

Until tomorrow, stay cool my friends!