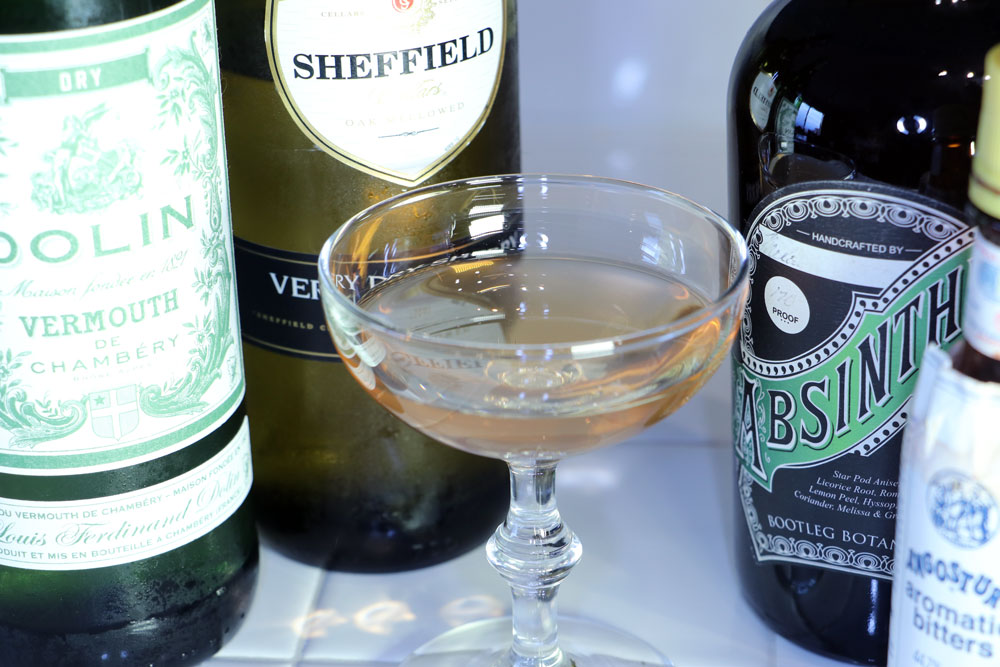 The Caipirnha is said to be Brazil’s national cocktail. The drink is a mixture of cachaça (a distilled sugarcane based spirit), sugar and lime.

Given this little tidbit of information, I am baffled by Mr. Boston’s next 1935 recipe, the “Brazil Cocktail.” This four ingredient refreshment has none of the characteristics described above. In fact, the Brazil Cocktail appears to lean to France for inspiration.

Consisting of equal parts Sherry and French Vermouth with a dash of bitters and Absinthe, the post-Prohibition cocktail relies heavily on herbal spirits. I was excited to see how these distinctly flavorful ingredients would play with one another but feared the Vermouth and Sherry may be too heavy for my palette. Unfortunately, I was right.

Despite this being a rather small drink at only 3 ounces, after mixing this one up I had a hard time enjoying it.

Could it be that I used Dry Sherry rather than Cream? Leo Cotton’s recipe didn’t give me guidance and I went with my gut. I think my gut was wrong.

I wasn’t a fan of the Dolin’s French Vermouth in this recipe. It was far too prominent. Maybe I should consider looking into another brand for such occasion or maybe, this wine based spirit has turned while chilling in the fridge.

The Angostura Bitters were also an oddity as was the dash of homemade Absinthe I splashed in. This combination of ingredients really don’t go well together. Each competes for dominance and don’t play well with one another. YUCK!

I may have tanked this one but I decided to save it for Ryan to try out after his nap. As for me, I think I’ll fix up another round of last nights Brandy Vermouth Cocktail to sip on this stormy Vegas evening. Man I hope that this after Brandy trend gets better!

Tomorrow Brandy will make a reappearance in Apricot form. I look forward to the recipe after tonight’s lack luster fare. Until then… Cheers!