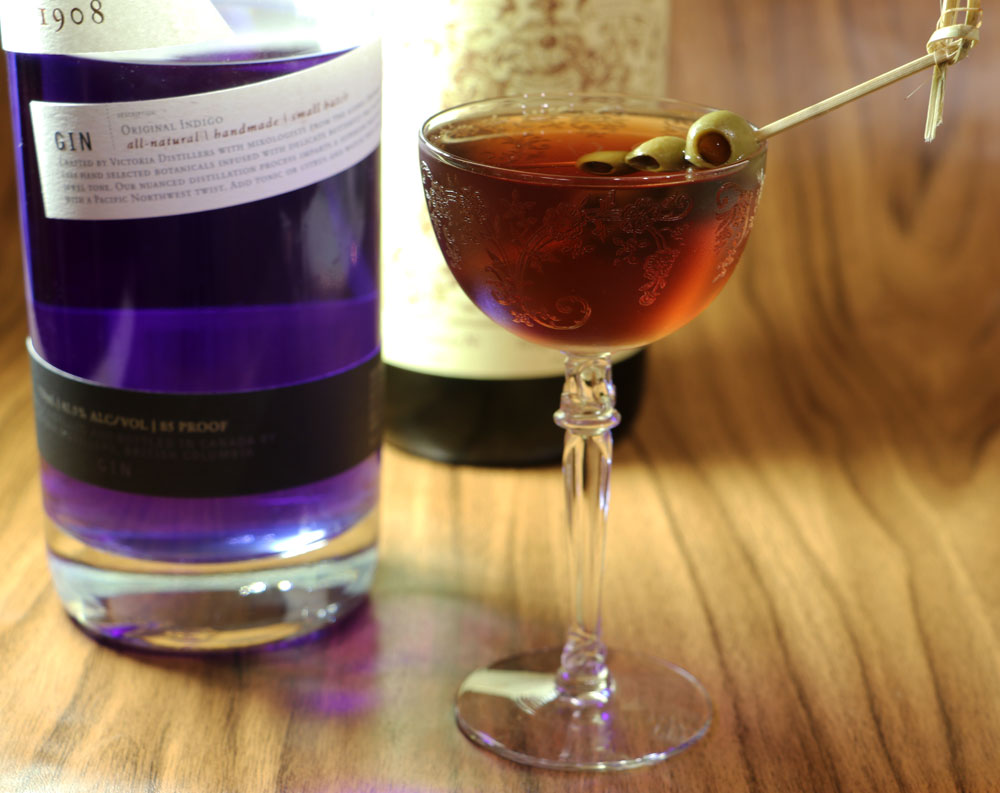 Aside from the Clover Club recipe, the oldest references to a “Club” Cocktail I was able to uncover, were found in Hon WM Boothby’s 1908 “World’s Drinks and How to Mix Them.”

The drinks outlined by Mr. Boothby were in relation to specific club activities such as the Racquet Club . Each recipe was also quite different from the Club Cocktail published by Leo Cotton in 1935.

After doing some poking around I discovered the Club Cocktail in the 1930’s form within the pages of Hugo Ensslin’s 1917 “Drinks” book. One can only assume that Hugo was the originator of the Gin / Vermouth adult beverage. Either way, I was excited to try it out.

By all accounts, the Club Cocktail is a sweetened Martini. The Mr. Boston’s script went as far as to note the use of a cherry or an olive as a garnish.

My natural inclination was to use a cherry but Ryan thought an olive might be more interesting. Throwing caution to the wind, I decided to try the olive out. Salt and sweet usually compliment each other well after all.

While Harry Craddock decided to add a dash of yellow Chartreuse to his Club Cocktail, I stuck with the 1917 version. My go-to sweet Vermouth is rather herbal on it’s own and I didn’t think the Chartreuse would add much.

The recipe published by Hugo and Leo Cotton is dead simple and consists of:

After stirring the mixture well over cracked ice as instructed, the Club Cocktail is to be strained “into a 3 ounce Cocktail glass.”

I had initially thought that the 2/3 – 1/3 ratios were in relation to the amount of 1 standard Jigger but Ryan reminded me that it could mean the size of the final serving glass. I doubled my original guess and the drink was a wee too large for the glass when olives were added.

To taste, this is a very nice cocktail. I’m always a fan of cocktail recipes which allow me to use the Antica Formula. The Empress 1908 came through well against the rather strong botanical forward Vermouth.

I didn’t notice any addition to the flavor from the green olives I garnished with. There was a oily haze on the surface as the olive oils seeped into the drink.

This is a recipe I would gladly enjoy again sometime. Cheers!