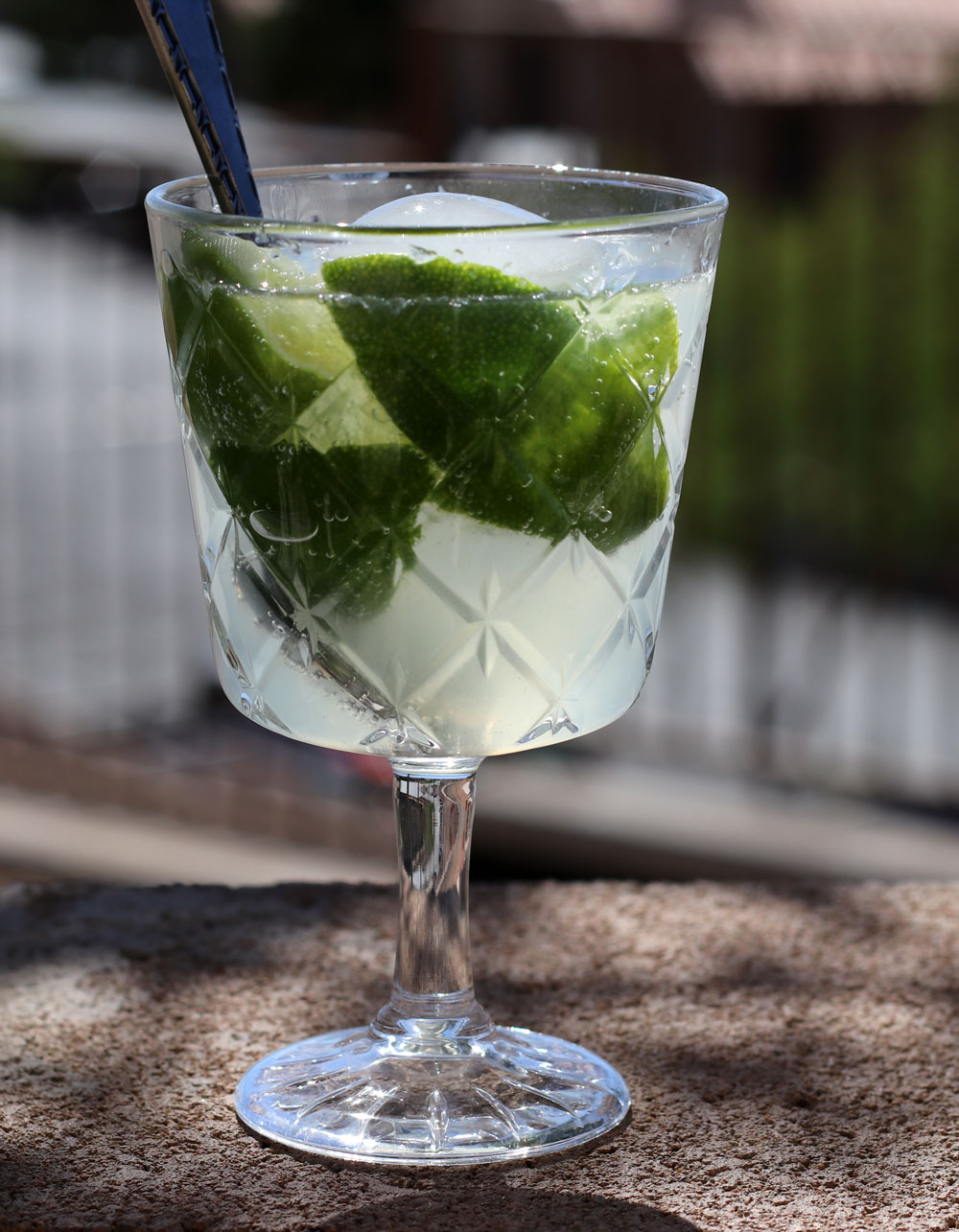 Holy Monday! Seems there was a scheduling mix-up and a large order of Ginger Beer Kits need to leave our warehouse a week earlier than expected – YIKES! Needless to say, things are a wee chaotic around here. While Ryan hurriedly puts together the Ginger Beer spices, I slipped away to put together today’s post in the hopes of keeping my Mr. Boston’s blog series on track. It might be shorter than normal but at least I’ll have managed to share last nights Apricot cocktails with all of you.

Either Apricot Nectar was a big seller for the Ben Burke Company back in 1935 or it wasn’t selling enough. We are still making our way through the A section of the book and our brand new bottle of Apricot Brandy is half-way gone! It seems that Apricot liquor is going to play a large part of the story and that’s OK with me 🙂

After writing yesterdays post I managed to catch some vitamin D and enjoy the second of three Apricot themed cocktails. With today’s craziness I’m beginning to regret being so lackadaisical this weekend, but I did need the rest. Enjoying the sun and sipping on the Apricot Cooler was an amazing way to spend some time outdoors. As the name suggests, the Cooler was indeed refreshing though I needed to make some tweaks to the recipe to fit my palette.

The overall cocktail consists of “the juice of 1/2 lemon or 1 lime,” a couple dashes Grenadine and 1 jigger of Apricot Brandy topped with soda water. Becoming familiar with other Mr. Boston fizzes I figured that filling the glass with soda water would prove too boring and opted to add 3 ounces instead. Lime sounded more refreshing at the time and I decided that was the route to go.

The all-natural Grenadine we purchased is as intended straight Pomegranates and simple syrup. Pomegranates are generally tart and when paired with the lime and unsweetened Apricot Brandy, there was some serious pucker power! I added two lumps of sugar to taste and the drink was instantly transformed into a delightful sparkling Limeade with an Apricot twist. The touch of Grenadine added a pop of color and the final drink was a lovely light pink.

Following our great cocktail bake on Saturday we skipped ahead and tried the Apricot Cocktail. A very tart drink consisting of a quarter freshly squeezed lemon and orange juice, as it’s name infers, the Apricot Cocktail is Apricot forward with just a dash of Gin. Being too tart for us, I added some black cherry juice which turned the once lemon yellow cocktail a Merlot shade and really improved the overall flavor of the drink.

The final drink of the series was another version of a Rickey involving Apricot. I stuck to the script this time, filling the 8 ounce tumbler with soda water as instructed. While I feared another unpalatable citrus explosion, the additional water tamed the lime and the Apricot managed to make it through. Perhaps I was hasty in not trying the Cooler as directed.

Tonight’s drink sounds a bit wonky, but we’ll give it a go and let you know how it turns out. For now I better get back into lend Ryan a helping hand on this order. Have a great day everyone!