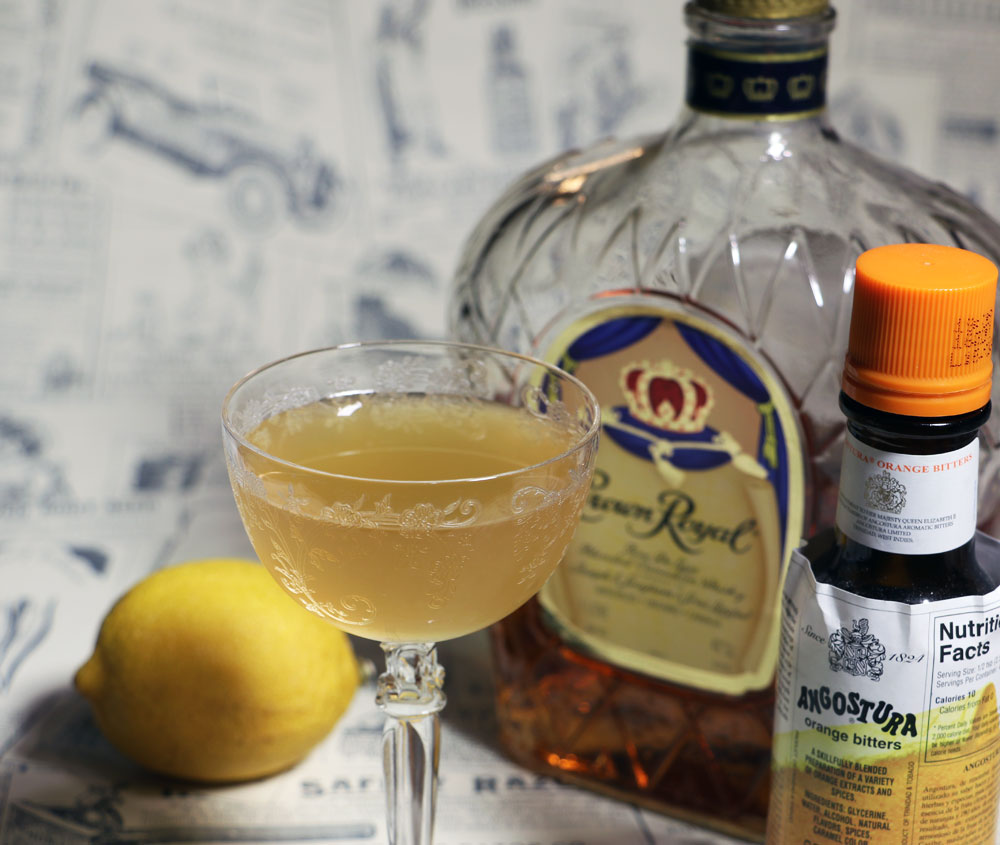 Citrus was once used to help prevent and treat Scurvy on long trips across the sea. Perhaps that is the tie into the Commodore Cocktail name?

Commodore Ronald Ian Agnew earned accreditation in 1935 but I was unable to uncover what the award was for. It was the closest I could come to putting a face to the inspiration behind Harry Craddock’s cocktail recipe.

After a sleepless night with a 12 week old puppy and the terrible mass shooting 30 minutes away from my home, I am rather tired today. I toyed with postponing tonight’s Mr. Boston’s 1935 recipe until tomorrow, but Ryan convinced me to buck up and carry on.

So I looked into the Commodore and only found one other listing tucked away in Harry Craddock’s Savoy book circa 1930. Another blogger thought this one originated in the Waldorf Astoria Cocktail book but that wasn’t published until five years later.

The Commodore Cocktail is an Old Fashioned Cocktail at it’s core with the addition of either the juice of 1/2 a lime or 1/4 of a lemon. Leo Cotton switched up the Whiskey to Mr. Boston’s house brand but Mr. Craddock noted the use of Canadian. I decided to stick with the original on this one.

Lime sounded too tart and lemon usually makes for a nice Whiskey pairing. I opted for the later.

My Commodore Cocktail trial consisted of:

I hopes of limiting the cloudiness of the final cocktail I forewent the suggestion to shake the ingredients over cracked ice and decided this one should be stirred rather than shaken.

While most Old Fashioned Cocktails are presented in a low ball glass and garnished with fruit, Mr. Boston’s Commodore is supposed to be served in a 3 ounce cocktail glass. No mention of any added flair which I suppose is befitting of a naval themed drink.

After mixing up the drink Ryan and I agreed that this one could use a tweak. I could have enjoyed it as it was but we both thought that the Commodore was a bit heavy on the lemon and tried to tone down the citrus by adding another 1/2 ounce of Whiskey, a dash more bitters and one more teaspoon of simple syrup. It worked!

Perhaps the problem was the lack of specificity in the quantity of lemon juice? Since 1/4 of a lemon is rather vague, next time I will try and measure out what that equates to in ounces. Hopefully that will help us determine the correct amount of juice to attribute to 1/4 of a lemon.

Until next time, sweet dreams!