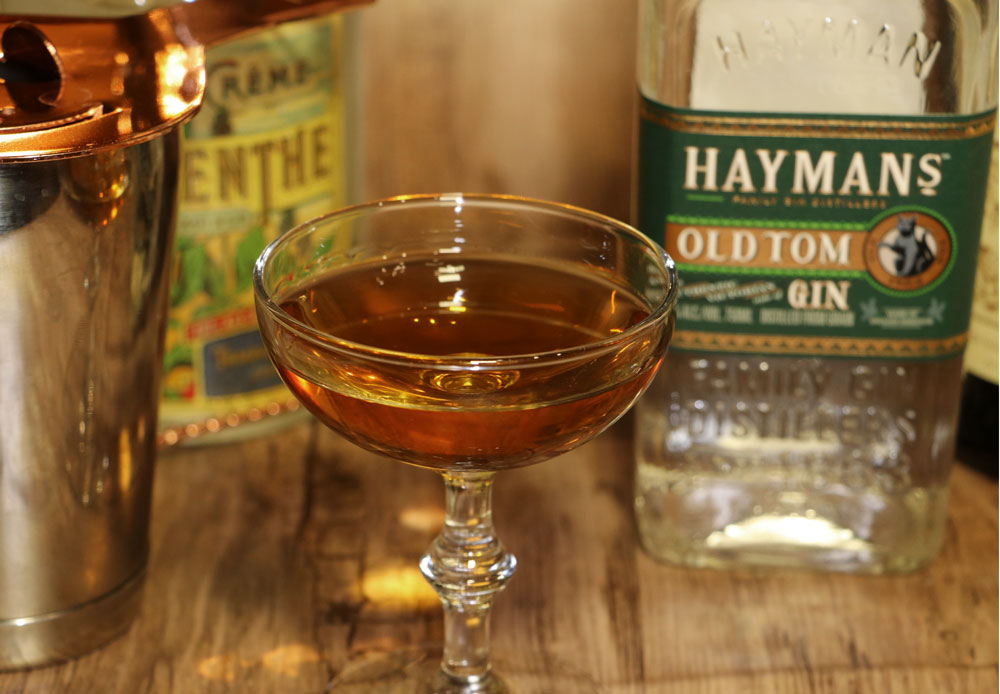 In 1917, Tom Bullock published his cocktail book ‘The Ideal Bartender’. Tucked away on page 31 is tonight’s Mr. Boston’s recipe, the Coopertown Cocktail.

I searched high and low for any clue as to how this drink garnered its name. While Cooperstown, NY is credited as the birthplace of baseball and is now the home of a distillery, I have no idea why this particular Gin / Vermouth cocktail was named for the town. Alas, I figure we’ll just focus on the drink and leave the name to remain a mystery.

Tom was a pretty popular bartender in his day. Even President Roosevelt knew him by name. So I figured trying his recipe in conjunction with that which was published by Leo Cotton in 1935 was a must.

The recipe is rather simple and goes like this:

I had one problem with preparing the aforementioned… I was out of mint leaves. Both Ryan and I were too tired to fight the lines at the market so our Cooperstown did not include fresh mint rather, I added a dash of Tempus Fugit Creme de Menthe.

For some reason Harry Craddock altered the recipe in 1930 and Mr. Boston’s maiden publication adopted the change. Rather than 1/2 an ounce of Vermouth to 1-1/2 ounces of Gin, the newer recipe mixes equal parts French, Italian and Gin together. Harry kept the mint as a garnish while Leo omitted the greenery all together.

We both really enjoyed the recipe from Tom’s book. The mint was a nice accent along side the sweet Gin and Vermouth.

I feared the French Vermouth would be overwhelming in the Mr. Boston’s script so Ryan mixed up a mini using 1/4 ounce of each ingredient. Both recipes were stirred over ice and strained into 3 ounce cocktail glasses.

He accidentally used the Dolin’s Red instead of the Antica Formula Vermouth but I think that was maybe a good thing. As expected the Dolins overshadowed the Gin and we agreed that the 1917 version was the winning recipe. I could see myself enjoying another round of these one day. Next time I’ll give it ago with mint leaves.