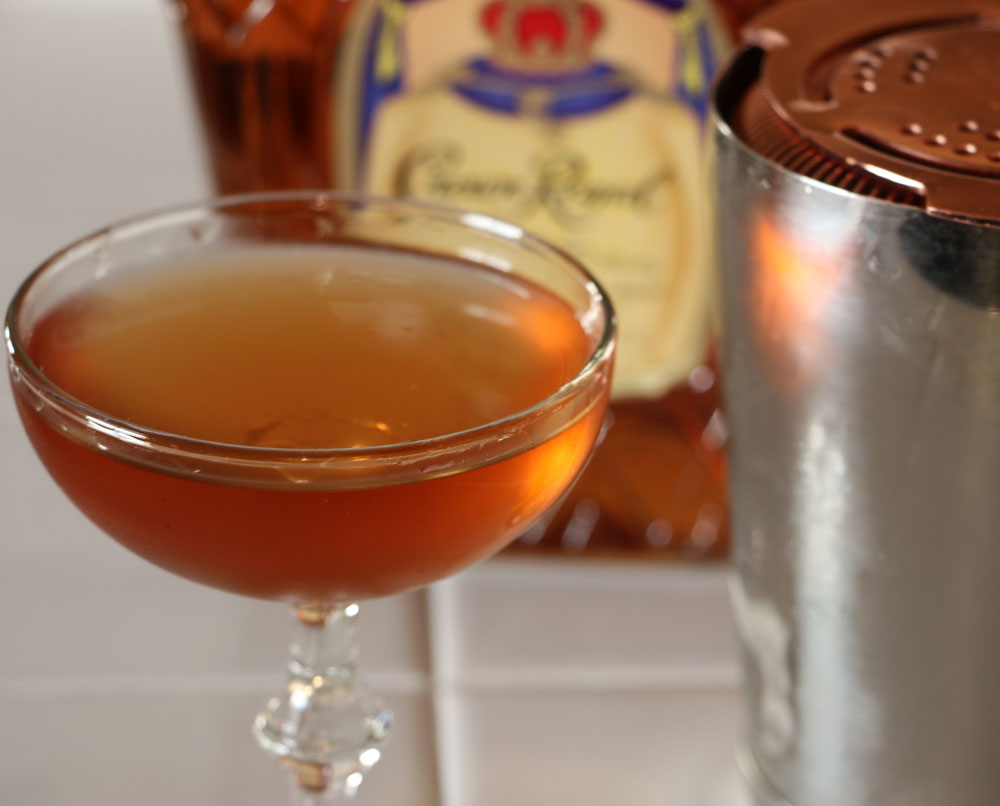 After four hours of cleaning, I was very happy that tonight’s Mr. Boston’s recipe was super simple.

Since I don’t have any Old Mr. Boston’s Whiskey on hand, I decided to stay true to the name and use Crown Royal.

Ryan purchased this bottle of Crown on our one year wedding anniversary fifteen years ago. At the time, I wasn’t a big Whiskey drinker and Ryan wanted to save it for a special occasion. Thus, the dusty bottle has been aging on our shelf for years and has managed to survive 3 moves. After tonight’s recipe, I think it may not last three more weeks.

This is an adorable vintage Crown Royal ad, I had to share. If I had to guess, I’d say this was around 1945.

I wanted to know more about tonight’s brown spirit choice and stopped by Crown Royal website to learn more.

For those who don’t know the story, Crown was crafted to commemorate Queen Elizabeth’s 1939 visit to Canada. Apparently, the Queen Mother and her husband Philip were the first royal monarchs to make a visit up north. As a fan of the Queen, I think that is really cool.

The Canadian Whiskey Cocktail (note the e in Whiskey) also appears in Harry Craddock’s Savoy Book as the Canadian Whisky Cocktail. I didn’t find anything older than 1930 for this drink recipe.

Mr. Craddock does use a Canadian Club Whisky in his version which makes a lot more since than Old Mr. Boston’s Whiskey. At only $11.99 for 750 ML, I may have to grab myself a bottle and try this recipe again… and again and again – it’s really good!

This is a strong one. After one sip Ryan requested a double until I reminded him that he’d be drinking 4-1/2 ounces of straight Whisky. We compromised on 3 ounces 🙂

The final recipe looks like this, and will now be a go to, giving my beloved Rob Roy a break:

Lover’s of Old Fashions and Scotch will really like this cocktail, you need to give this one a try.