The Bronx Silver Cocktail and Mezcal 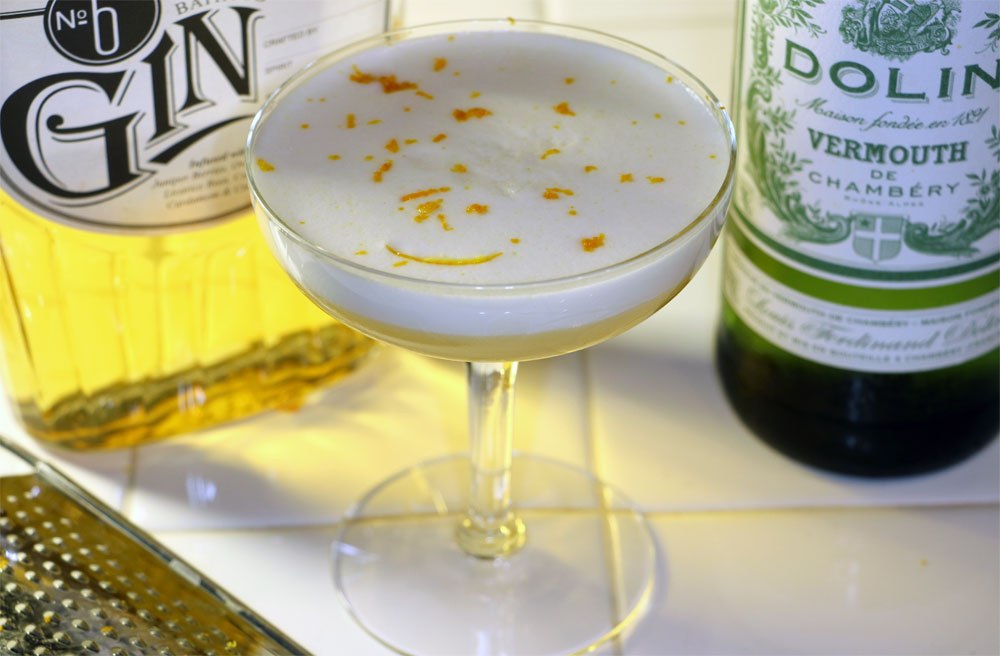 After all the running around we’ve been doing, I started feeling like I was about to catch something. Bad timing is an understatement when in less than 48 hours we’ll be boarding a plane to New Orleans.

I decided that some medicine was in order. What better than a vitamin packed Bloody Maria?

It’s a shame that all the herbs get left behind after straining, but I think that it’s better than picking greens out of your teeth all night.

A Mezcal distiller by the name of El Silencio sent us an amazing sample of their spirits this week. One sip was all it took for me to fall in love. I knew instantly that this smokey clear Mezcal would be a perfect addition to tonight’s Bloody Maria.

Ryan and I were very impressed by El Silencio’s sample packing and spirit. We are so excited to meet the distiller in a couple days!

My poor indoor herb garden is not fairing well with the low light and we can’t put them out in the easy bake oven outside. Thankfully, herbs taste good fresh or dry. In an effort to enjoy some of the spicy Oregano before it blows away as dust, I added several sprigs to the shaker with a clipping of Rosemary.

My poor spicy Oregano is not loving the indoor life. The Rosemary seems to be thriving though 🙂

I felt a bit better after finishing my tasty creation. Probably a placebo effect, but I’ll take all the help I can get 🙂 All I know is that before the Bloody Maria I was less than interested in putting tonight’s Mr. Boston’s recipe to the test and after, I was ready to go.

Leo Cotton’s fifth Bronx Cocktail, the Bronx Silver Cocktail to be exact, is another marriage of Gin and Vermouth. The recipe follows the guidelines of the Bronx Cocktail (Dry) while replacing the Pineapple with an egg white.

Ryan donated his muscles to help froth up the egg white and his hard work resulted in another impressive foam. I don’t seem to have the upper body strength to get the job done as well as he can. I also think that my attempt to get the foam started may have added too much dilution to this drink trial.

The recipe is fairly dry except for the juice of 1/4 of an orange. The orange helps sweeten the cocktail but a concentrate may have yielded more flavor. For some reason, I’ve noticed that the egg white cocktails containing sweet ingredients really sucks up the sugar and it seems to disappear from the drink. This isn’t the first time I’ve noticed this phenomenon. I may have to explore this more sometime.

The Bronx Silver was not our favorite of the lot. I’d say it was better than last nights Bronx River but after we fixed the River, the Silver takes last place. Tomorrow is the final Bronx and I’m hoping it will end the series on a high note.