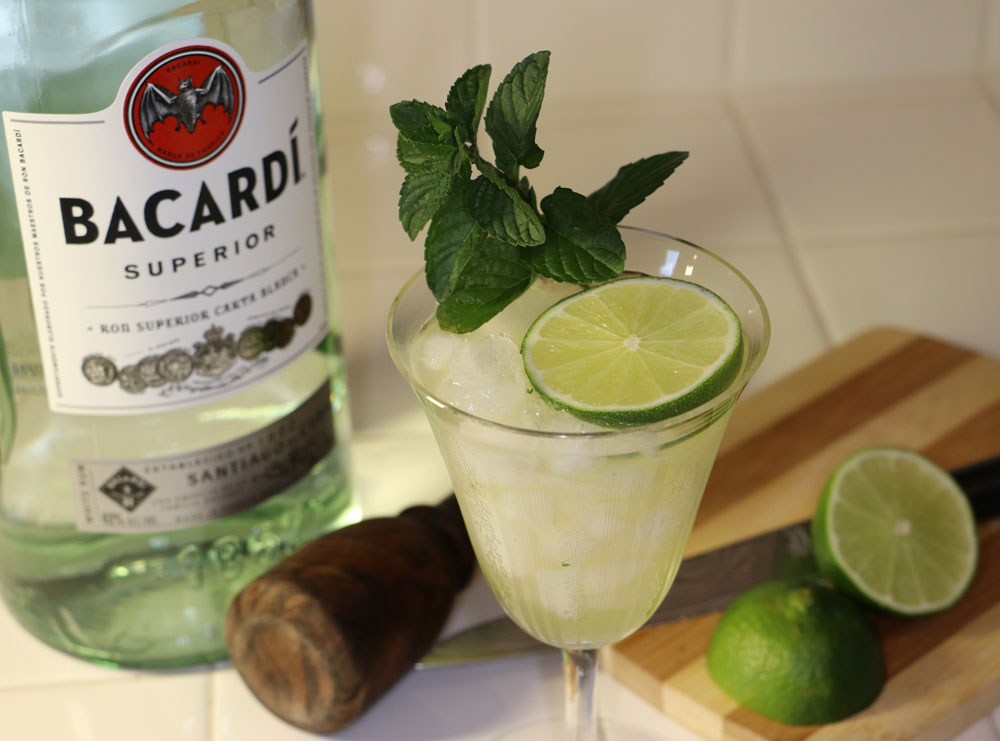 Where did the Bebida Royal Cocktail recipe come from? More importantly, where the heck did it go?

So far, Mr. Boston’s list of recipes have been inline with cocktail recipes that date back years before Prohibition. Yet, the Bebida Royal is the first cocktail of the lot that I can’t seem to find a trace of before or after the recipe was published in this 1935 book.

Bebida is Spanish for ‘drink’ which makes sense as the cocktail’s main ingredient is rum.

Like its more famous sister the Mojito, the Bebida Royal is a blend of muddled mint leaves, sugar, and lime juice. Yet, while the Mojito is considered to be one of the oldest cocktails in existence, the Bebida Royal appears to have come and gone without a whisper.

During Prohibition, thirsty American’s flocked to Cuba to imbibe. Most of the popular cocktails served at the time are still enjoyed today. Besides the Mojito, the Cuba Libre and Daiquiri are probably the best known. Since Bacardi was established in Cuba way back in 1862, rum understandably plays a role in many a Cuban cocktail.

While I personally enjoy Mojito’s, I like mine sans soda water. I think its a shame to water a good rum down! To my delight the Bebida Royal does not call for soda but instead adds 3 dashes of orange juice to the mix.

Mojito Cocktails are pretty heavy on the lime juice but the Bebida Royal only notes that 3 dashes are needed. I wasn’t sure if that would be nearly enough lime to give the minty drink a bite but I followed the script as written and gave it a go.

OH MY! This is a killer cocktail! Dare I say, better than any Mojito I’ve experienced. Why on earth did the drinking world do away with this masterpiece?!?!

Needless to say, we had to make a duplicate of this cocktail as it was way too good to share.

The drink is very simple. It only has one spirit after all. But something about the way the ingredients work together is magically refreshing. I was so surprised that the mere 1-1/2 teaspoons of citrus juice could add so much to such a mint forward cocktail.

Mr. Boston’s doesn’t seem to have the recipe for the Bebida Royal posted online nor did I find any other sources for the drink. However, I think this cocktail is way too good not to share. If you’re in need of a weekend refresher, here it is for your drinking delight: