A Night in London, The Cafe’ de Paris Cocktail 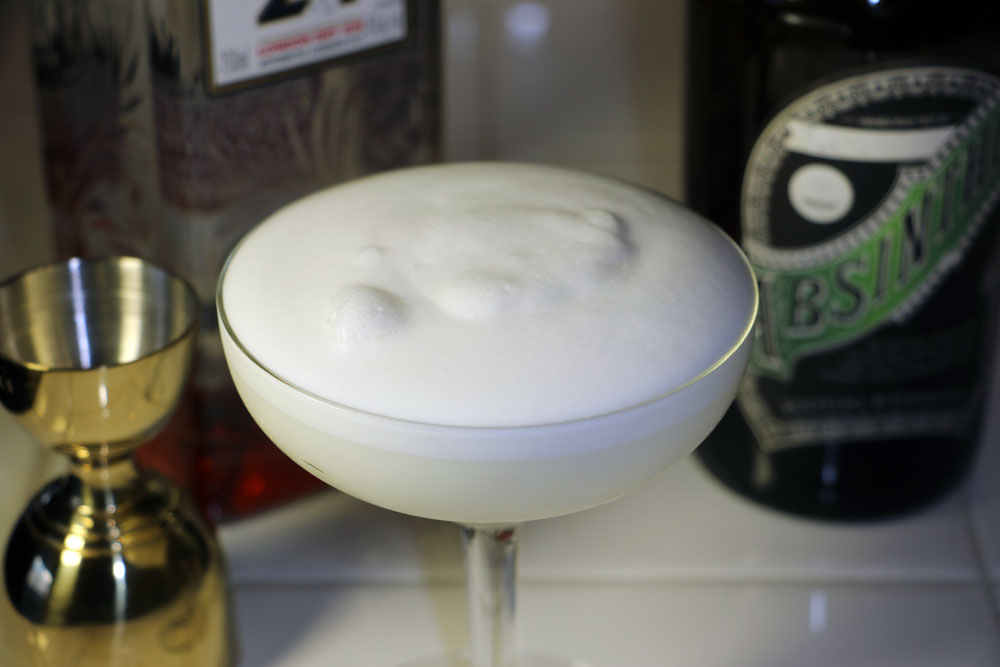 After opening it’s doors in 1924, London’s Cafe’ de Paris became ” one of the most famous entertainment venues in the world.” One particular customer, the Prince of Wales (Edward VIII), helped introduce the crème de la crème of high society to the venue and the rest is history.

Tonight’s Mr. Boston’s recipe was also published in Harry Craddock’s Savoy Cocktail book circa 1930. The Cafe’ de Paris Cocktail is a blend of Absinthe, Fresh Cream, Gin and the white of an egg. I’m not sure if the cocktail recipe was a popular drink served at the Cafe’ de Paris or an inspired cocktail created by Harry Craddock. I suppose it’s possible that Harry created the signature drink for the Cafe’ just as famous chef’s do for restaurant’s today.

French painter, Edgar Degas, crafted the now famous “In a Cafe” (also known as “Absinthe”) around 1876.

The use of Absinthe in this cocktail recipe is very French but it is a Gin forward cocktail at its core nodding to the London roots for which it must have been born.

Apparently just like citrus, eggs have grown in size over the years! I had no idea until a bartender from Idaho suggested we try out our vintage cocktail recipes using 1/2 an egg ingredient. Since this is the first cocktail I’ll be mixing with raw whites since returning from Tales, I think I shall give this theory a go.

The trick was figuring out how to halve an egg white. The texture makes this a tricky task! I figured that the most accurate way to go about it would be to separate the yolk out, measure the volume of the remaining white and use out handy-tandy children’s dosing syringe to suck out half.

For those who are curious, the large, white double AA grade eggs I have yield 1 ounce of white. Half measures 3 teaspoons.

Just in case you were wondering, I’m not this much of a perfectionist in culinary pursuits usually. I grew up learning to cook by taste, and I think that is a key thing to remember when putting together a cocktail too. However, I have noticed my sense of gauging taste preference by using measurement is helping improve my cooking. It’s all a balance of skill, taste and accuracy at the end of the day.

I was plum out of cream, and Ryan was kind enough to fetch me some on his way home. We also killed our latest bottle of home brewed Gin so an alternate pick needed to be settled on.

The Gin needed to be strong enough to withstand the greediness of egg white foam and the strong botanicals of the Absinthe but not so strong that it overtakes the drink. Of our selection we decided that the Beefeater 24 would be the best pick of the bunch.

For our Cafe’ de Paris Cocktail, we mixed up:

After all the ingredients were thoroughly shaken up over ice, strained his skillfully fluffed cocktail into a 4 ounce coupe glass and we snapped a couple shots.

As far as taste… this isn’t a bad cocktail but, I’d hoped that using less egg white would result in a more flavorful drink. Alas, the egg was still a greedy, alcohol and sugar theft.

The most flavorful part of the Cafe’ de Paris Cocktail is the foamy top. Unfortunately, it wasn’t sweet enough for me so I added 1/2 a teaspoon of Drambuie to try and up the sugar notes. Sure enough, the foam sucked it up and became even tastier while the drink itself was still lacking.

I don’t see us remaking the Cafe’ de Paris in the future, it just wasn’t as full bodied as we fancy. Was it the best Mr. Boston’s recipe, no but it was far from the worst.