The Bennett and Bermuda Rose Cocktails 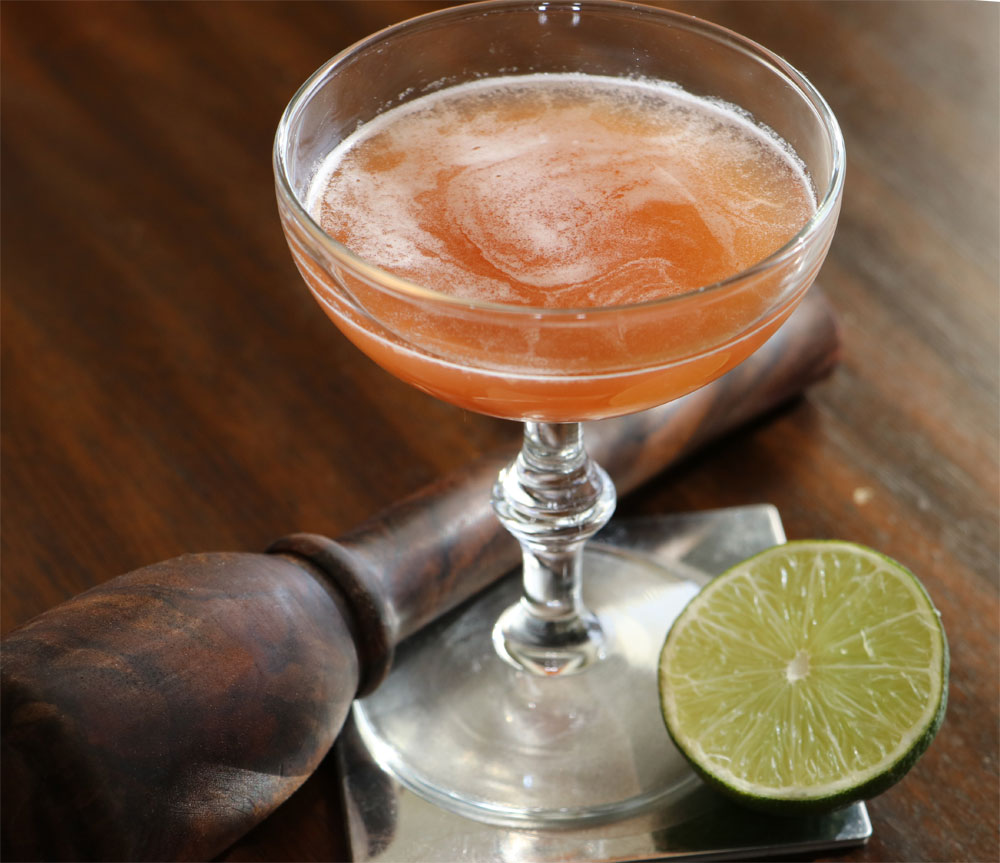 If there is one thing the vintage cocktail books can agree on, it is that they don’t agree at all!

Writing instructions is tricky business. I can attest to this first hand, having spent many hours trying to describe the way to use our products with accuracy and brevity. With no two brains thinking the same way, it’s tough to interpret things perfectly for everyone.

While logically I totally understand why Leo Cotton’s instructions don’t match other book recipes, it seems odd that they can’t agree on what constitutes a fluid measurement.

Cooking is all about individual flavor and experimentation. A pinch of this, a dash of that and an ever changing recipe evolves. I get it. What I don’t get is why each book has a different definition of a measurement size. If a measurement is a measurement, shouldn’t they always be the same?

While food recipes measure in teaspoons, tablespoons, and cups; cocktails have their own special system. Everyone knows a Jigger is 1-1/2 ounces, a Pony should be 1 ounce and so on. That is what I thought too.

Yet, books like ‘Drinks‘ have been messing me up with their descriptions! Today I learned that while I had been led to think a dash was 1/4 tsp, it should really be an eighth… which is it?!

If the numerous sites I referenced today are to be believed, Ryan and I have been using a Tad rather than a Dash.

This “goof” hasn’t made the drinks we’ve tried thus far bad by any means, but it is double what the current measurement standard suggests. I’d assume this quantity increase would change the drinks outcome. I guess we’ll be using 1/8 teaspoon from now on and see how it tastes.

As I mentioned earlier, in addition to the Mr. Boston’s 1935 cocktail book, I’ve been comparing recipes from older publications including Hugo Ensslin’s 1917 ‘Recipes for Mixed Drinks,’ and Jacques Straubs ‘Drinks’ from 1914.

Last week I stumbled onto a Prohibition era book called ‘Here’s How’ by Judge Jr. and over the weekend Alcademics.com pointed out seven books from the 1800’s! It’s enough to make your head spin!!! By the end of this little blog series of mine I might be mixing from 12 or more historical cocktail books at once! YIKES!

Of course the ingredients seem to be changing from recipe to recipe, as do the amount of spirits. One book from 1922 even suggests the “Gill” measurement, WTF? I’ve never heard of such a thing before! Check that off my, learn something new for the day list 🙂

For the curious, a Gill is a teacup unit of measurement equal to a quarter of a pint.

I started this project believing the alcohol “type” would be the trickiest part of the process but I’m starting to learn it’s all about the quantity.

Now that I’ve rambled on, why not chat about the reason you are reading this to begin with… the drinks!

Gin was again on the menu last night. It is a good thing we like this juniper flavored liquor. If we didn’t we’d be sick of it by now for sure!

Neither drink was really unique in its ingredients or preparation. However, both were very nice to drink.

The Bennett Cocktail was up first and called for lime juice, Gin, powered sugar and bitters. We have gotten used to up-sizing the vague 1/4, 3/4 annotations and for the Bennett, we decided those fractions were in relation to a Jigger size (1-1/2 ounces). It required math which makes mixing a bit tedious, but to fill a 3 ounce cocktail glass we couldn’t very well take the recipe at face value.

Having discovered our bitter dashes were likely double the intended measure, I feel the Bennett Cocktail was much more aromatic than it should have been. However, we both really enjoyed this cocktail. It could have easily been too tart with the amount of lime juice needed, but the Angostura and Gin botanical’s livened it up while the 1/2 teaspoon of powdered sugar added a hint of sweetness. Personally, I’d prefer a sweeter drink, but Ryan seemed to like it as is.

The Bennett popped up in the same 1922 book that brought me the Gill measurement. I wasn’t able to find it in any of the older sources I’ve been referencing though. Nor could I find any history behind the drink. That makes putting together today’s post a challenge.

A polar opposite to the Bennett, the Bermuda Rose Cocktail was sweet. Maybe even a little too sweet… but I liked it!

As the name suggests, the 1/4 Rose’s Grenadine brightened the cocktail to a rosy pink hue, but it wasn’t so much flavor as to obscure the Gin and Apricot with.

I swear I’ve heard of this drink before but like the Bennett, I couldn’t find any history on it either! Not even a mention in a cocktail book dating before the 1935 Mr. Boston’s recipe we have. At least none that I’ve seen so far.

Having no tidbits to share about this cocktail all I say is this. If you are in the mood for a fruity, sweet drink to take you cares away, you won’t be disappointed in the Bermuda Rose. It is lovely to look at and delicious to taste. Here’s the recipe for your drinking pleasure, Cheers!