Bartender! Another Round Please 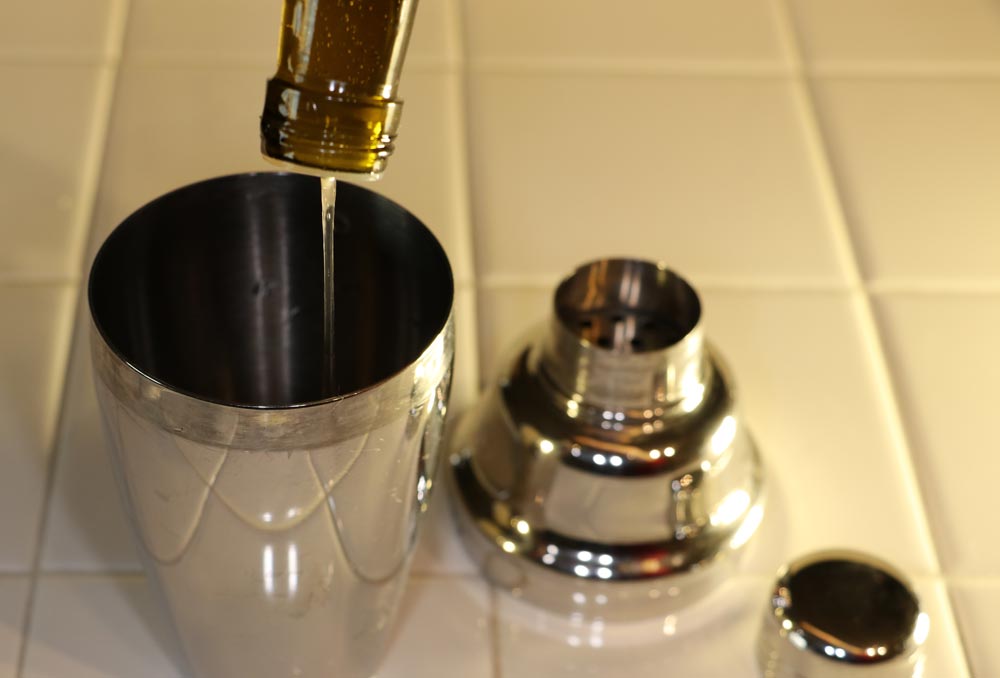 I wasn’t familiar with gum syrup until I received the reprinted copy of the original recipe book from 1935. It isn’t something I’ve ever seen in our local liquor stores and honestly I’d never heard of it before. A quick Google search revealed the mystery and during my supply restocking I searched high and low for the key ingredient, gum of Arabic. Much to my dismay the closest I could find was Xanthan gum so I picked up a small bag worth and hoped it could act as a reasonable substitute.

Turns out while not the real deal, Xanthan can be substituted for Arabic and is considered safer though more difficult to work with. Those online who have experienced both varieties also noted that the Xanthan gum lacks the same velvety mouth feel as the gum of Arabic and can be gloopier but felt it did a good job in a pinch. So I figured we’d give it a go and try and find the real stuff later on.

Like it sounds, gum syrup is basically simple syrup with gum added. For those of you who don’t frequently mix up simple syrup it’s really easy to do. Dissolve equal parts sugar in water and you’re good to go. We usually batch up small amounts because homemade simple syrup doesn’t last long in the refrigerator. After a while is forms slimy partials which I’ve read harbor bacteria, yuck!

Last night Ryan heated 2 TBS sugar to 2 TBS water in the microwave. You have to watch it for timing because simple syrup volcanoes erupt easily. He slowly sprinkled Xanthan gum into the syrup until the consistency became thick and a bit slimy. It is tricky to work the lumps out of a small amount of liquid but with perseverance we managed to get most of them out.

Like the Abbey, the Absinthe Cocktail is another small aperitif measuring only 1 ounce in volume. This drink however packs some serious punch!

Starting with our homemade Absinthe at 170 proof, the final recipe clocks in at a staggering 128. While you’d think such a strong beverage may be undrinkable, the thickness of the gum syrup created a super smooth drink.

If you’re like us and love black jelly beans, this is for you! The gum syrup transforms the already anise heavy flavor of the Absinthe into a gelatinous melted Good & Plenty. It was dessert in a shot glass. Rich, decadent and did a great job of filling that craving left from the Abbey.

If drinkers of the day were enjoying their Absinthe this way, no wonder they were seeing green fairies! The flavor is strong enough that one dose will do ya but if you wanted to tie one on, this drink would get you there in no time.