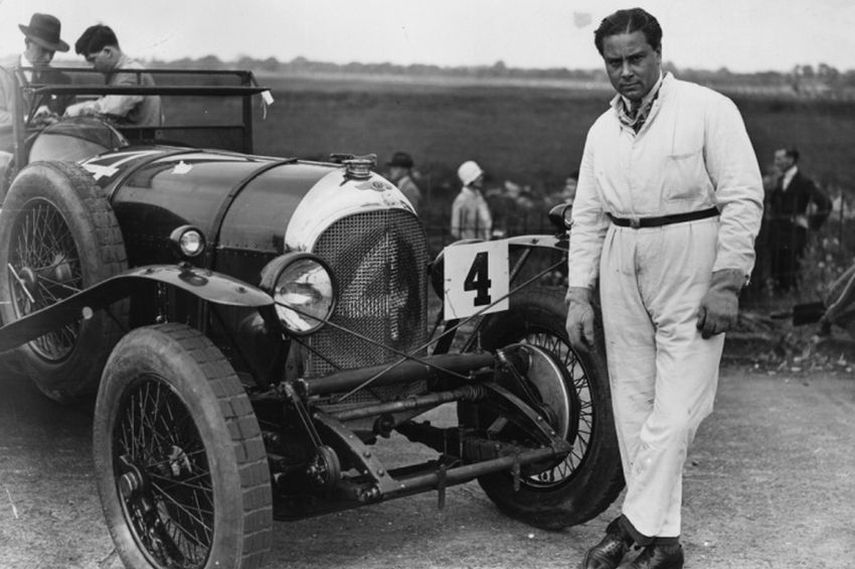 In 1930 a member of the playboy Bentley Boys racing club wagered that his 29′ Rover Light Six could beat the blue train (Le train bleu) from Paris to Calais (located in northern France). Following a 20 hour journey, Woolf Barnato beat the luxury passenger train by 20 minutes at an average speed of 38 MPH.

If you’ve just stumbled onto our Mr. Boston’s Cocktail series, you are probably wondering what a train has to do with alcohol. Motor oil isn’t exactly standard drinking fare.

Well, like it’s predecessors, the Blue Devil and Blue Moon, the final 1935 recipe from the “blue” series of Mr. Boston’s… it isn’t blue at all.

Normally this would send me into an hours long exploration to seek out the meaning behind the drinks name. Thankfully, today’s Blue Train Cocktail was quick to solve, and easy going down.

Ryan and I had the pleasure of enjoying the Blue Train during our initial champagne round awhile back. A mixture of Apricot Brandy, Pineapple syrup and Champagne, this quickly became one of our favorite recipes yet.

Before stumbling onto the infamous train race of 1930, I figured the cocktail would uncover something clever about Hawaii. Champagne and Brandy make total since for French drinking, what does a tropical fruit have to do with the region?

Turns out, pineapples became a symbol of wealth throughout Europe when King Louis XV was presented a specimen grown at Versailles in 1733. Though the climate is ill-suited for growing tropical vegetation, hothouses called pineries were constructed to help cultivate exotic foliage.

Learned something new didn’t you 🙂 Me too!

The Blue Train left us wanting another. But wanting to save our bottle of bubbly, we resisted the temptation. This one could easily help you finish a bottle of Champagne without giving it second thought. The pineapple syrup made the drink sweet, but not too sweet. The Apricot Brandy offered a nice fruit note to the dry Brut. To put it plainly, this was a perfect cocktail!

We needed to craft some DIY Pineapple syrup to make this drink a reality. Just before giving the recipe a go, I scored a fresh Dole pineapple at the grocery store for a really good price.

Ryan skinned the fruit, sliced a hunk off and muddled it until it was thoroughly pulverized.

Next we added in about half a cup of simple syrup (equal parts sugar and water). I had planned on siphoning off some of the syrup from the can of pineapples that had been taken up space in the pantry, but I decided that fresh fruit would be better tasting.

After straining the mixture into a resealable canning jar, we added 1/3 ounce syrup and 1/3 ounce Apricot Brandy to a shaker with ice and gave it hell. Next, the blend was strained into a champagne glass and topped with Korbel Brut Champagne.

Like most of the cocktail recipes from this era, the Blue Train is rather small at 3-4 ounces. For perspective, today’s brunch Mimosa’s are usually 8 ounce servings. I could easily enjoy 2 or 3 Blue Train cocktails and be within the normal standard for present day mid-morning Champagne consumption.

A 750 ML bottle of Champagne should yield a dozen cocktails when using the 1930’s recipe measurements of 1/3 Pineapple Syrup, 1/3 Apricot Brandy and 2 to 2.5 ounces of Brut.

Tomorrow I get to talk about one of my all time favorite cocktails, the Scotch based Bobby Burns. Time to get to work 🙂