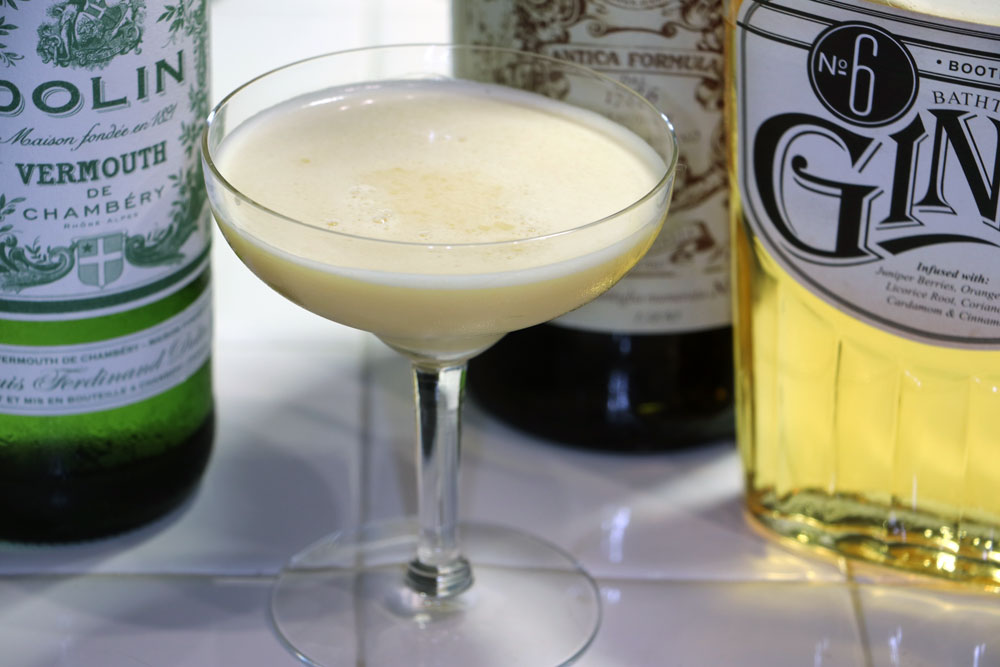 During our evening swim, Ryan and I decided to take our homemade Absinthe with us to New Orleans next week as a gift to the brand ambassadors who are sharing their spirits with us.

We tried out our Absinthe with 1/3 ounce Drambuie and 3/4 ounce Glenlivet Founders Reserve – it was DELICIOUS!

Part of our brain storm included crafting a drink recipe that incorporates our Absinthe with the spirits being represented. Hence, we spent an hour in 110 degree weather and went straight to mixing and now I’m feeling my liquor. I suppose this will be good training for next week 🙂

I hope this post makes sense. There is a popular urban myth that Ernest Hemingway wrote while inebriated but that has been debunked. Seems Hemingway was strongly opposed to writing while intoxicated, yet he had quite the reputation as an avid booze hound.

I decided to dry out a bit before trying tonight’s Mr. Boston’s recipe the Bronx Golden Cocktail. It wasn’t drastically different from the maiden Bronx recipe by it deserved my full attention. At least a bit more attention than I had when I started crafting this post.

Though I opted to try out Hon Boothby’s Bronx Cocktail previously, tonight I decided that I should give Mr. Boston’s 1935 recipe a go. Unlike the 1908 version whose ingredients are mixed in equal parts, the recipe Leo Cotton published is Gin forward and doesn’t include the orange bitters noted in the older cocktail.

The Golden Bronx instructions are pretty basic, “Make same as Bronx Cocktail, adding the Yolk of one egg.” So I mixed up 3/4 ounce of our home brewed Gin No.6 , 1/3 ounce Italian Vermouth (our bottle of Antica Formula finally met it’s end), and 1/3 ounce Dolin’s French Vermouth. Next I added in 1/4 of an orange and muddled it up. The egg yolk was added to the shaker at the end, followed by ice and the shaker ball.

Because I added the whole orange fruit to the shaker, I decided to strain the finished cocktail using the Hawthorne strainer and a fine mesh Coco strainer to weed out the pulp and seeds. All that was left was a nice frothy pale yellow mixture. It reminded me of a boozy Orange Julius.

To taste, the Gin was front and center. I really enjoyed how the yolk enhanced the botanical’s of the vermouth’s and Gin while keeping the orange juice light and sweet. The Bronx Golden Cocktail has an earthy aroma followed by a complex citrus that is slightly sweet and creamy.

Unlike other drinks that incorporate yolk, this cocktail did not leave my mouth parched. It wasn’t as thick as for example, the Broken Spur Cocktail, and I think that was a good thing.

Well, now that I am thoroughly lubricated, I think I’ll wrap this up for the night and enjoy some garlic toast a’la Ryan. Night, night!